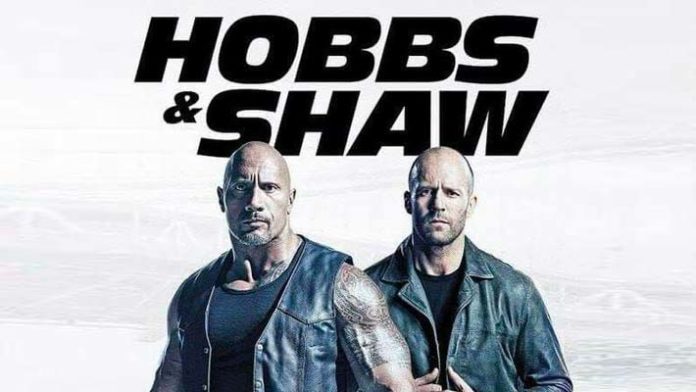 Hobbs and Shaw is the first spin-off from the Fast and Furious franchise and although Vin Diesel is nowhere to be seen, there is plenty of muscular action. Ever since Hobbs (Dwayne Johnson) a loyal agent of America’s Diplomatic security service and lawless outcast Shaw (Jason Statham) a former British military elite operative, first faced off in 2015’s Furious 7, the duo has tried taking each other down, but these two sworn enemies will have to partner up when a cyber genetically enhanced villan threatens the future of humanity.

Three 1978 Hell’s Kitchen housewives are sent to prison by the FBI. Left with little, but a Sharp axe to grind, the ladies take the Irish mafia’s matters into their own hands proving unexpectedly adopt at everything from running the rackets to literally taking out the competition.

3. Blinded By The Light

Javed (Viveik Kalra ), a British teen of Parkistan decent grew up in 1987 amidst the racial and economic turmoil .He writes poetry as a means to escape the intolerance of his home town and the inflexibility of his traditional father .But when a classmate introduces him to the music of Bruce Springsteen, Javed discovers a cathartic outlet for his own pent up dreams.he also begins to find the courage to express himself in his own unique voice.

The flightless angry birds and the schemic green piggies take their beef to the next level where a new threat emerges that puts both birds and pigs island in danger. Red , Chuck , Bomb and Mighty Eagle recruits Chuck’s sister Silver and team up with pigs Leonard his assistant Courtney, and Garry to form an unlikely super team to save their home.

When there is an assassination attempt on U.S president Allan Trumbull ,his trusted confidant secret service agent Mike Banning ,is wrongfully accused and taken to custody . After escaping from capture , he must evade his own agency and outsmart the FBI and find the real threat . Desperate to uncover the truth , Banning turns to Unlikely allies to help clear his name ,keep his family from harm and save the country from imminent danger.