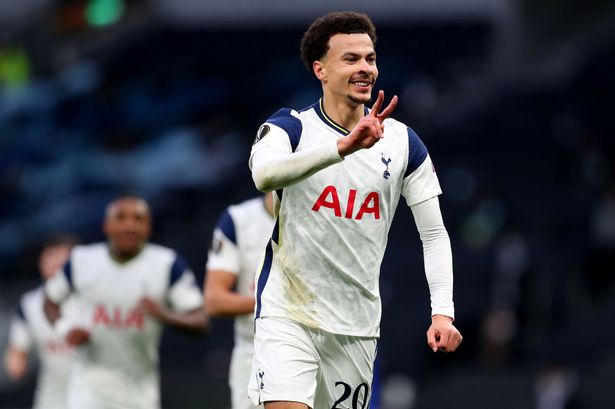 Tottenham have become the first team to qualify for the Europa League round of 16, following their 4-0 win over Wolfsberger on Wednesday night in their second leg match, advancing in an 8-1 aggregate win.

Dele Alli was the star as he scored a brilliant overhead kick after just 11 minutes and recorded two assists to help Tottenham Hotspur thrash Wolfsberger and book a spot in the last 16 of the Europa League.

Alli delivered an overhead kick to put Tottenham in front before showing the full extent of his passing abilities. Mourinho said afterward that he now sees a clear path toward more frequent playing time for the English footballer.

The England midfielder produced a superb goal and then set up Carlos Vinicius, who doubled his personal tally late on, and Gareth Bale fired home Spurs’ third goal of the night.

Gareth Bale had not been handed a starting berth for Tottenham Hotspur’s UEFA Europa League clash with Wolfsberger, despite impressing off the bench against West Ham United on Sunday.

Mourinho’s starting lineup for Wednesday evening was shocking to the team’s supporters as Gareth Bale had been left out in the changes made.

With Spurs trailing 1-0 at half time against the Hammers at the weekend, Mourinho made a double change at half time in the hope of seeing his side getting back into the contest, with one of those coming on being Bale.

But despite impressing in the second half at the London Stadium, Bale did not do enough to earn a start against Wolfsberger.

The theory that was decided is that he was being saved for Sunday’s must-win tussle with Burnley at the Tottenham Hotspur Stadium, as Spurs aim to get back on track in the Premier League.

Whilst that may be true, Mourinho did reward Bale with 17 minutes towards the end of the tie as he stepped off the bench to score for the second time in 3 matches.

They face Burnley this Sunday, Fulham the following Thursday and Crystal Palace three days after that.