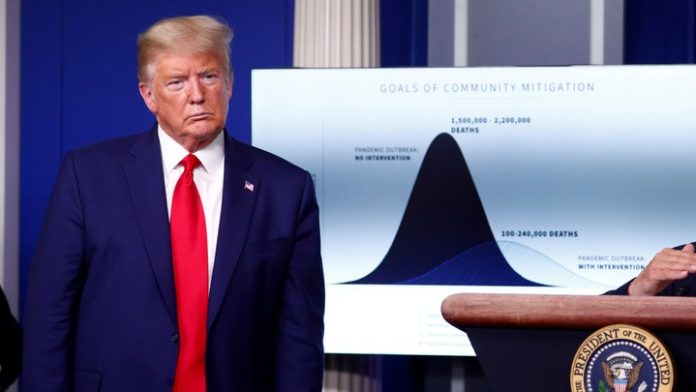 President Donald Trump staged a bizarre White House comeback that included an irresponsible mask removal and a reckless pronouncement there is nothing to fear from Covid-19.

“I knew there’s danger to it but I had to do it,” Trump says in a strange campaign video whipped up by aides within an hour of his return to the White House, in which the President framed himself as a warrior who took on the virus and won.

Trump said in a tweet that he “felt better than he did 20 years ago” and showed no sign that his brush with a serious disease had caused him to rethink his previous messaging.

In a poll held after Trump’s diagnosis, 69% of those asked said they trusted little of what they heard from the White House about the President’s health.

Sean Conley said that though Trump was in the uncharted territory following the rare administration of several experimental medications, his clinical team agreed that he could go home to be monitored by the White House medical unit.

Conley’s briefing appeared at several points to support Trump’s political narrative, as when he declared “he’s back” and that the President was “holding court” and had been a “phenomenal patient.”

He justified not sharing information that could potentially be politically damaging to Trump — such as details of his lung function and whether he had pneumonia — on privacy grounds.

The selective disclosures about Trump’s health during the briefing mirrored the awkward display of his return from the hospital as another moment once considered separate from politics.