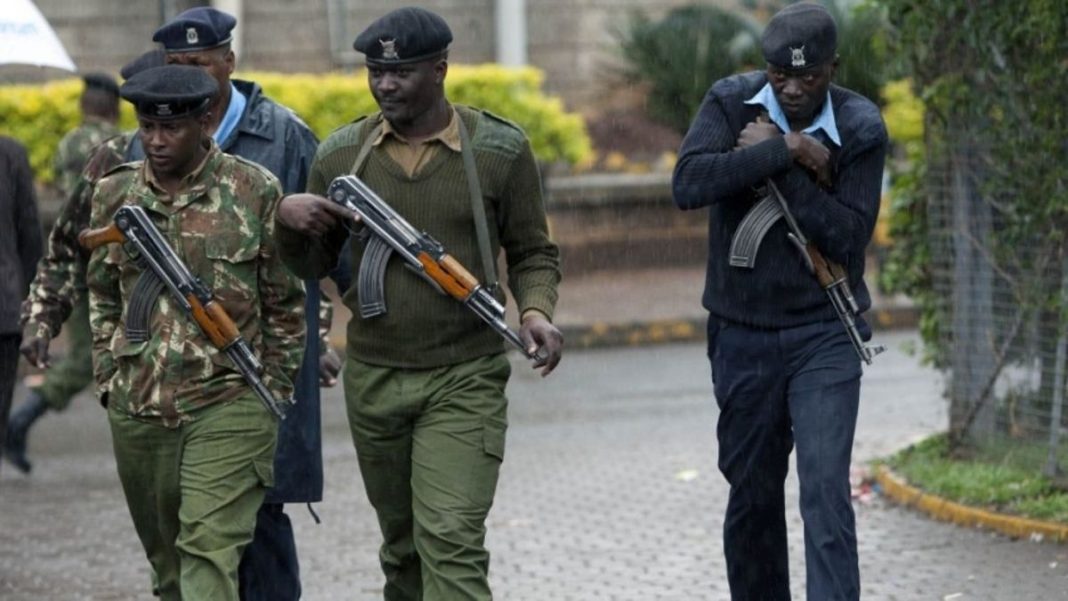 A robbery attempt was stopped this morning at a hardware store in Eastleigh by police officers.

Before they were apprehended, a band of six guys had broken into Jamarat Hardware on Eastleigh’s 4th street.

According to the police, the six had come to the hardware store in a pickup truck earlier to stage their heist.

In an attempt to avoid capture, the hoodlums who were armed with firearms fired at the oncoming officers.

The four others managed to flee with bullet wounds.

Two water tanks that the thugs had managed to steal from the hardware and were ready for loading on their getaway truck were also recovered.

*This article was written by Gerald Gekara for Uzalendo News.