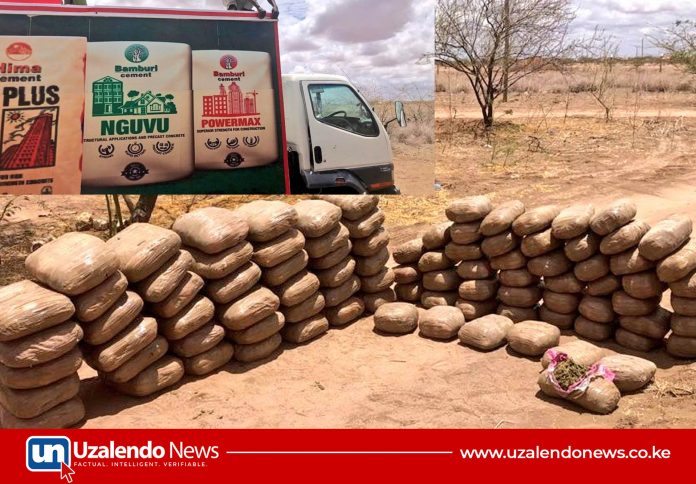 Two suspects of Trafficking in Narcotics were arrested when a lorry they were using to ferry 93 bales of bhang was intercepted in Hadado, Wajir county.

The DCI confirmed the arrest of one Mohamed Oloo 41, (driver) & Ibrahim Burji (26) who had used a lorry branded Bamburi Cement.

According to a police report, the officers manning a Lolkuta area road block became suspicious of the cargo being ferried along the route.

After ransacking the truck, 465kg of bhang were seized by the officers.

The two will be arraigned in Court on Tuesday 6th April.