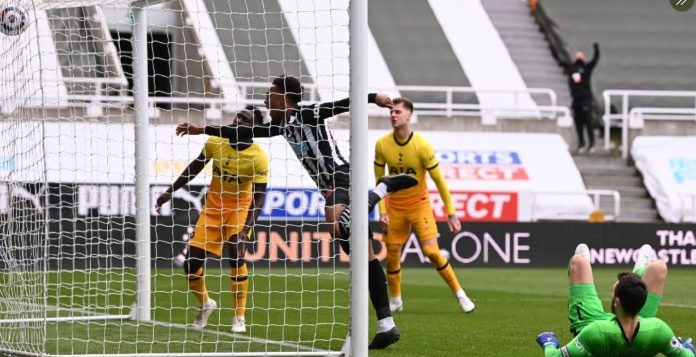 A late Joe Willock equaliser ensured Tottenham would spend another week outside of the top four after drawing 2-2 at Newcastle United on Sunday.

A first-half Harry Kane brace saw Tottenham take the lead for majority of the game, before the Arsenal loanee converted from close range to send Spurs back to north London with just one point.

The visitors were leading four minutes later when Kane, fed by a brilliant reverse pass from Tanguy Ndombele, clinically fired across Martin Dubravka from the right-hand corner of the penalty area.

The 27-year-old almost got a third, moments before Willock’s goal, but his effort cannoned into the base of the post and behind.

Steve Bruce’s side earned a point against Spurs, which could prove to be vital in their hopes of staying in the top flight.

Mourinho’s side will face Manchester City at Wembley in the Carabao Cup final, postponed from February to allow for the return of supporters in limited numbers.

Before then, they have three more top-flight games to get themselves in shape – starting with the visit of Mourinho’s old side Manchester United next weekend.

Tottenham sit fifth after their draw at St James Park, level on points with both Liverpool and West Ham, though Mourinho’s side have played a game more than the Hammers.