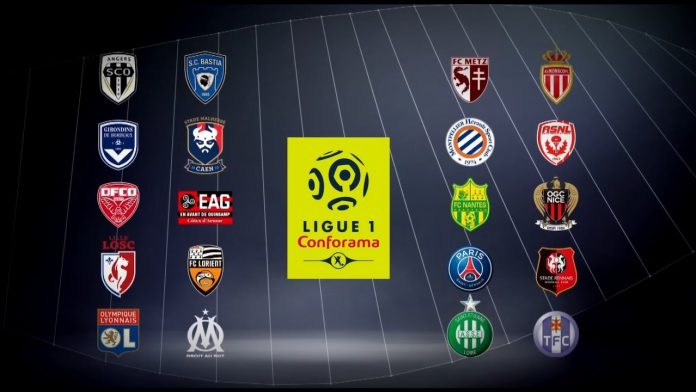 France’s Ligue 1 season could resume despite being prematurely ended in April with play-offs used to crown the champions and decide relegation, UEFA have said.

Prime Minister Edouard Philippe announced the cancellation of all sporting events at the end of April and the table was decided on a points-per-game basis with Paris Saint-Germain winning the title.

But following the successful return of the German Bundesliga, the Premier League, LaLiga and Serie A have all confirmed their competitions will resume, indicating France may have been hasty to call a halt to their campaign.

UEFA president Aleksander Ceferin has now opened the door for a possible restart to the season after several clubs threatened legal action.

Ceferin wrote in an official UEFA communication on Friday: ‘We would first of all like to clarify that it is the competence of national associations to decide on the format of their domestic competitions, in particular by taking into account the circumstances and restrictive measures specific to the country.

‘As mentioned by UEFA a few weeks ago, the French authorities’ decision to cancel the season was taken relatively early.

Seventh placed Lyon missed out on European football for the first time since 1996 while Marseille and Rennes both qualified for the Champions League.

Club president Jean Michel Aulas outlined his intention to sue the French state in order to get the season restarted.

Marseille were second, 12 points behind PSG while Rennes finished third and qualified for Europe’s elite tournament for the first time in their history.

Lyon joined relegated Amiens and Toulouse who have vowed to fight their case in the courts.

The German top flight resumed on May 18 and Spain’s LaLiga will be the next league to restart their season with the Sevilla derby kicking things off on June 12.

France followed in the footsteps of Holland and Belgium by taking an early decision to cancel their season. Dutch Eredivisie bosses decided there would be no promotion or relegation with Ajax and AZ Alkmaar being denied the title.

However, in Belgian Pro League, leaders Club Brugge were crowned champions while Charleroi, Antwerp, Standard Liege qualified for the Champions League as Waasland-Beveren were relegated.

Both Lyon and PSG remain in this season’s Champions League with the competition set to be completed as a mini tournament in either Lisbon or Frankfurt.

PSG defeated Borussia Dortmund in the last 16 while Lyon have a 1-0 lead over Juventus with the second leg still to be played.

Despite being awarded the title, PSG forward Angel Di Maria admitted he was surprised Ligue 1 did not take the same approach as Germany, Spain England and Italy in waiting to see if they could resume matches.

He told L’Equipe: ‘Like many, I think we rushed to make such a decision. From what we can see, France is today one of the countries where the health situation is the most favourable, and yet everything has been totally stopped for good.’