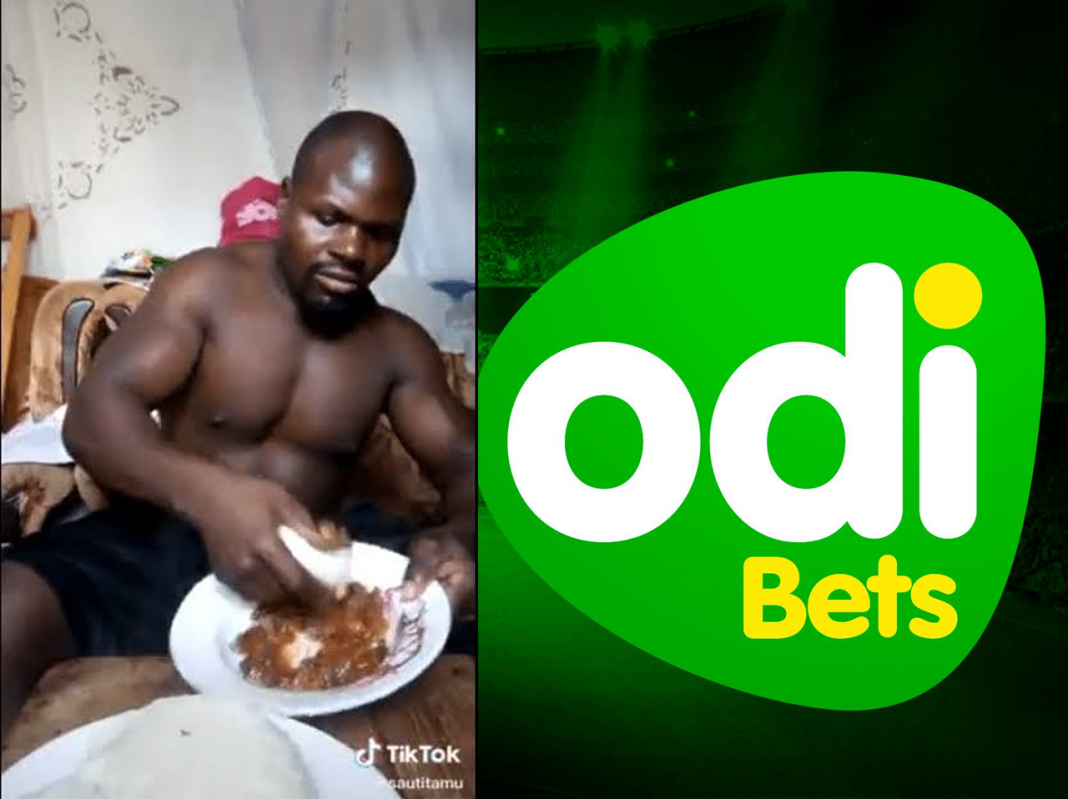 A rising internet sensation popularly known as Ugali Man has landed a lucrative deal with a major betting company Odibets. – By Caleb Mwikya

His real name, Charles Odongo, now famous as Ugali Man has landed a partnership deal with Odibets now running in their online advertisements.

This has been termed as ‘kuomoka’ a popular Sheng word meaning getting richer as he only being used as a meme for his ugali eating videos.

His rise to fame happened in May when he filmed himself eating a meal of ugali in the most hilarious way yet, and Kenyans wasted no time in turning him into the next online celebrity.

The video, uploaded on TikTok was screenshot and turned into a battalion of memes that blew up the internet.

In the viral video, the man is seen serving his plate of beef and ugali then proceeding to grab a remorseful of it, tossing it and catching it mid-air.

He was eating that huge plate of ugali shirtless showing Kenyans how to properly deal with it.

According to local blogs, Ugali Man is a fitness trainer living in Ongata Rongai, Kajiado County who owns a gym in the area.

Through his social media pages, he encourages people to join his gym.

But is struggle has paid off after landing the Odibets deal which is most likely going to change his life forever.