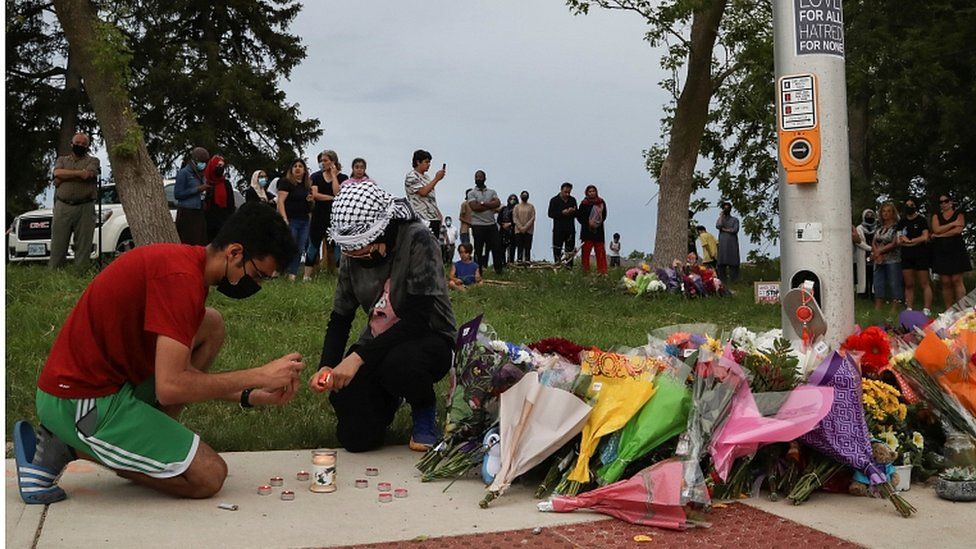 Four members of a Muslim family were killed in a “premeditated” vehicle attack on Sunday, Canadian police say.

The attack took place in the city of London, Ontario province. A boy aged nine, the family’s only survivor, is in hospital with serious injuries.

Two women – aged 74 and 44 – a 46-year-old man and a 15-year-old girl were all killed. They have not been named, in accordance with the wishes of the family. A nine-year-old boy was in hospital with serious but non-life-threatening injuries, said police.

Police named the alleged attacker as Nathanial Veltman, 20, of London, Ontario. He was arrested without incident at a shopping centre about 6km (4.8 miles) from the crime scene.

It is not yet known if the suspect has ties to any hate groups, said Det Supt Waight.

A 20-year-old Canadian man has been charged with four counts of murder and one count of attempted murder.

The attack was the worst against Canadian Muslims since six people were killed in a Quebec City mosque in 2017.

“It is believed that these victims were targeted because they were Muslim,” Det Supt Paul Waight told a news conference on Monday.

Police are weighing possible terrorism charges, he said, adding that it is believed to be a hate crime.

2021 College Placements To Be Delivered By August