President Uhuru Kenyatta has welcomed the restructuring of the UN-Habitat and called on the established organs to re-engineer its processes to enable it deliver on its core mandate as the lead agency in urbanization and human settlements.

The President asked the established subsidiary organs, through the new governance structure, to strengthen the UN-Habitat’s organizational capacity and resource base to make it a centre of excellence and a global leader in the field of urbanization and human settlements development.

“This will also enable the UN-Habitat to effectively deliver on the double mandate entrusted to it as the designated focal point for sustainable urbanization and human settlements,” President Kenyatta said.

The Head of State was speaking at the UN-Habitat’s headquarters in Gigiri, Nairobi, where he officially opened the inaugural session of the UN-Habitat Assembly whose theme is ‘Innovation for a Better Quality of Life in Cities and Communities’.

The Assembly replaces the UN Governing Council following the endorsement of the resolution by the United Nations General Assembly in December 2018. The resolution established a new governance structure which upgraded UN-Habitat’s status to a universal body and created a 36-member board. 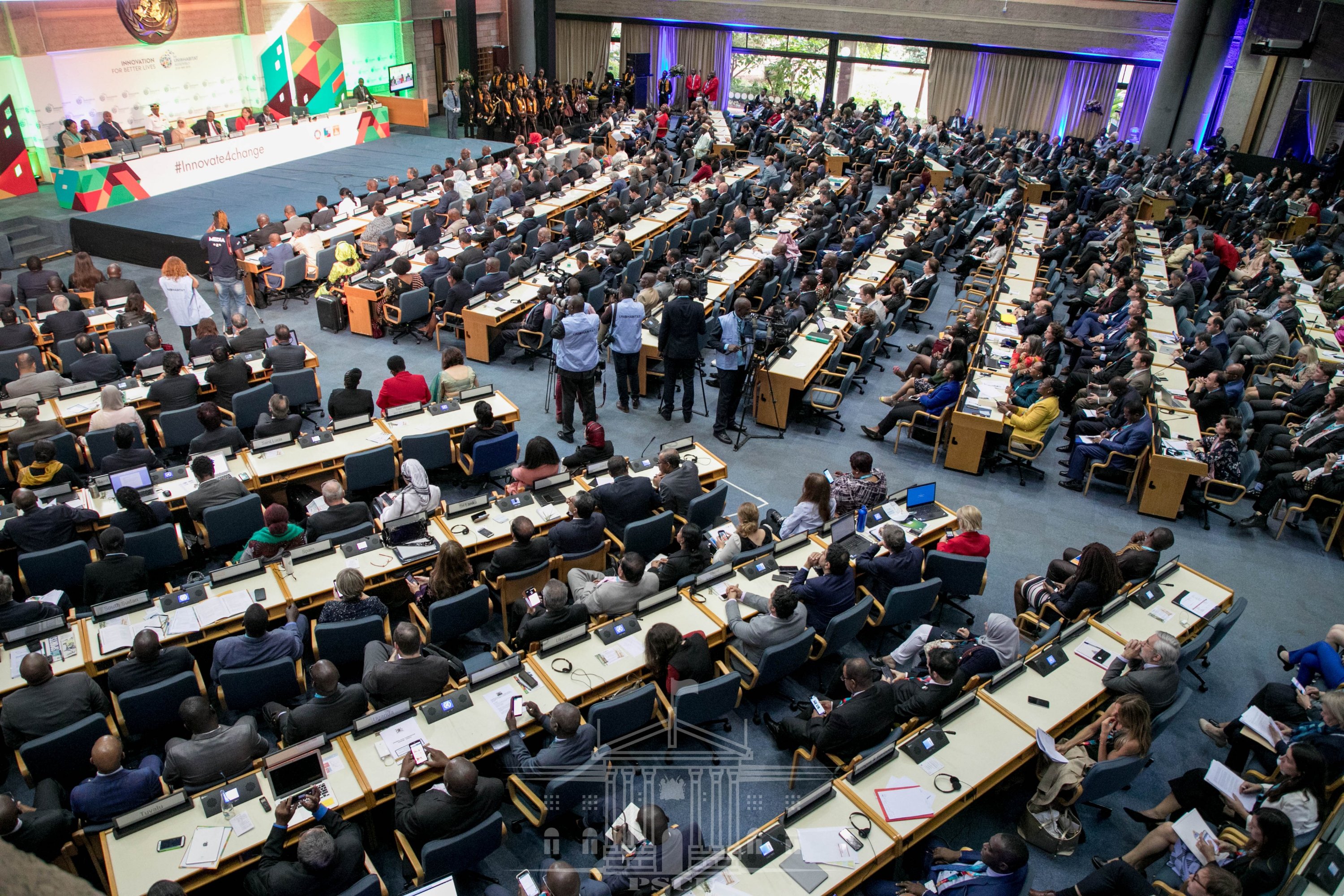 President Kenyatta challenged the UN agency to formulate strategies that will transform cities and human settlements into engines of economic growth and development in a sustainable manner.

He urged all stakeholders to support the work of the UN-Habitat, noting that the implementation of the New Urban Agenda has been slow partly because of financial and institutional constraints at the global body as well as member states’ insufficient capacity to interpret, implement and report on the progress of the urban agenda.

“I also urge member states to increase and honour their voluntary contributions to the UN-Habitat human settlements foundation, while at the same time encouraging those in a position to do so, to consider increasing non-earmarked funds to be part of the core budget of UN-Habitat,” he said.

The President assured of Kenya’s support to UN-Habitat and its activities as host to the global agency.

“In addition, I commit that my Government will increase its contribution to UN-Habitat and Human settlements Foundation Gains Account from USD 70,000 to 100,000 USD during our next annual contribution,” the President said. 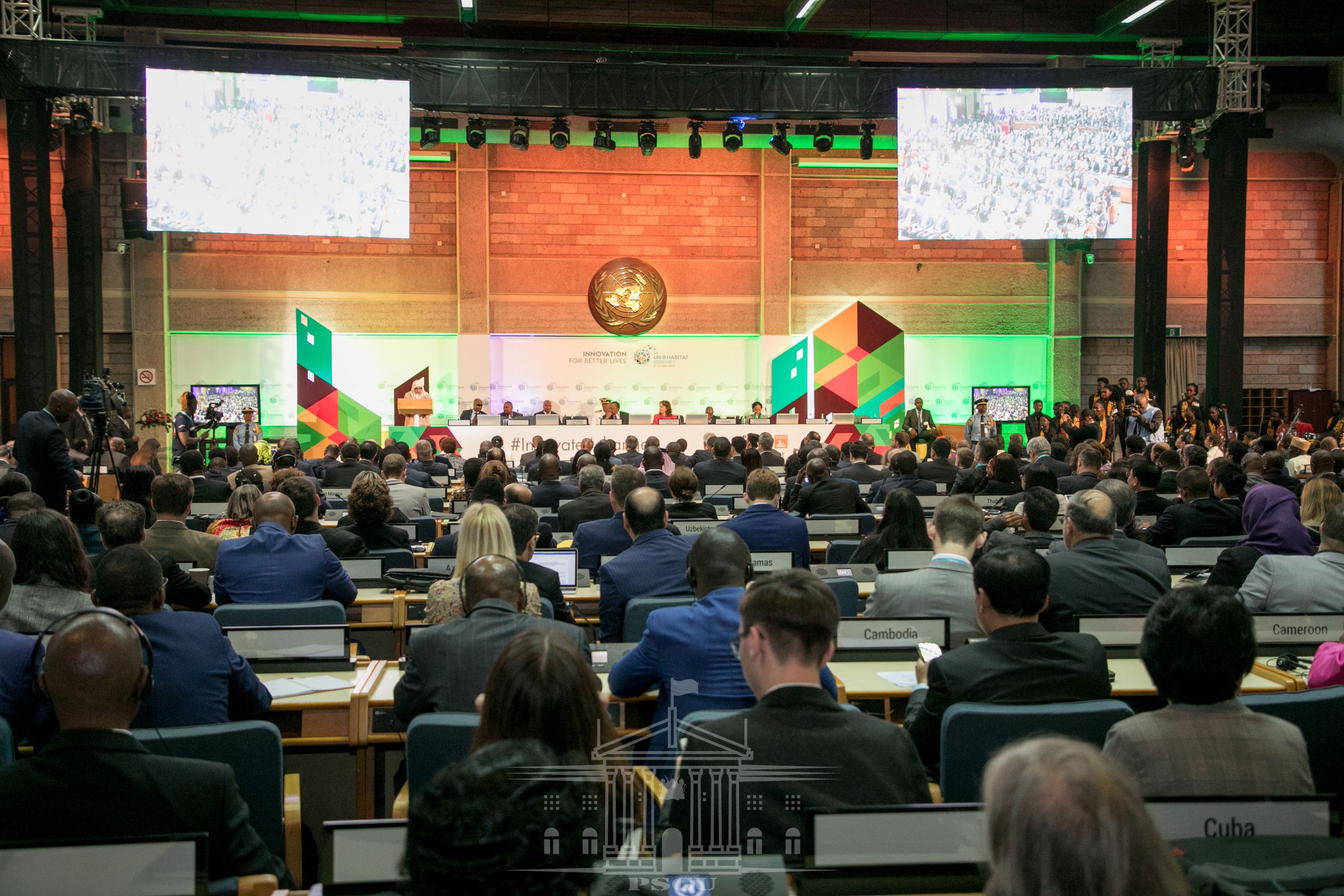 “Kenya will also participate in the pledging session where we will consider additional contributions,” the President said as he congratulated Ms. Maimunah Mohd Sharif on her appointment as the Executive Director of UN-Habitat.

Noting that in almost all parts of the world, societies are ill-prepared to plan effectively for the rapid urbanization that is taking place leading to the proliferation of slums and informal settlements, urbanization of poverty and increased environmental degradation, President Kenyatta called for collective international action informed by scientific research and technological innovations to address the challenges.

“Kenya has outlined four key priorities (The BIG 4 agenda) for implementation over the next five years. These include raising the share of the manufacturing sector to 15% of GDP; ensuring all citizens enjoy food security and nutrition; achieving universal health coverage and delivering at least 500,000 affordable housing units in major cities around the country by 2022,” President Kenyatta said.

In support of the affordable housing agenda, President Kenyatta said the Government has facilitated the establishment of a mortgage liquidity facility in Kenya, the Kenya Mortgage Refinance Company (KMRC). The objective of this company is to support the development of the primary and secondary mortgage markets by providing secure, long-term funding to mortgage lenders and increasing the availability and affordability of mortgage loans to Kenyans. 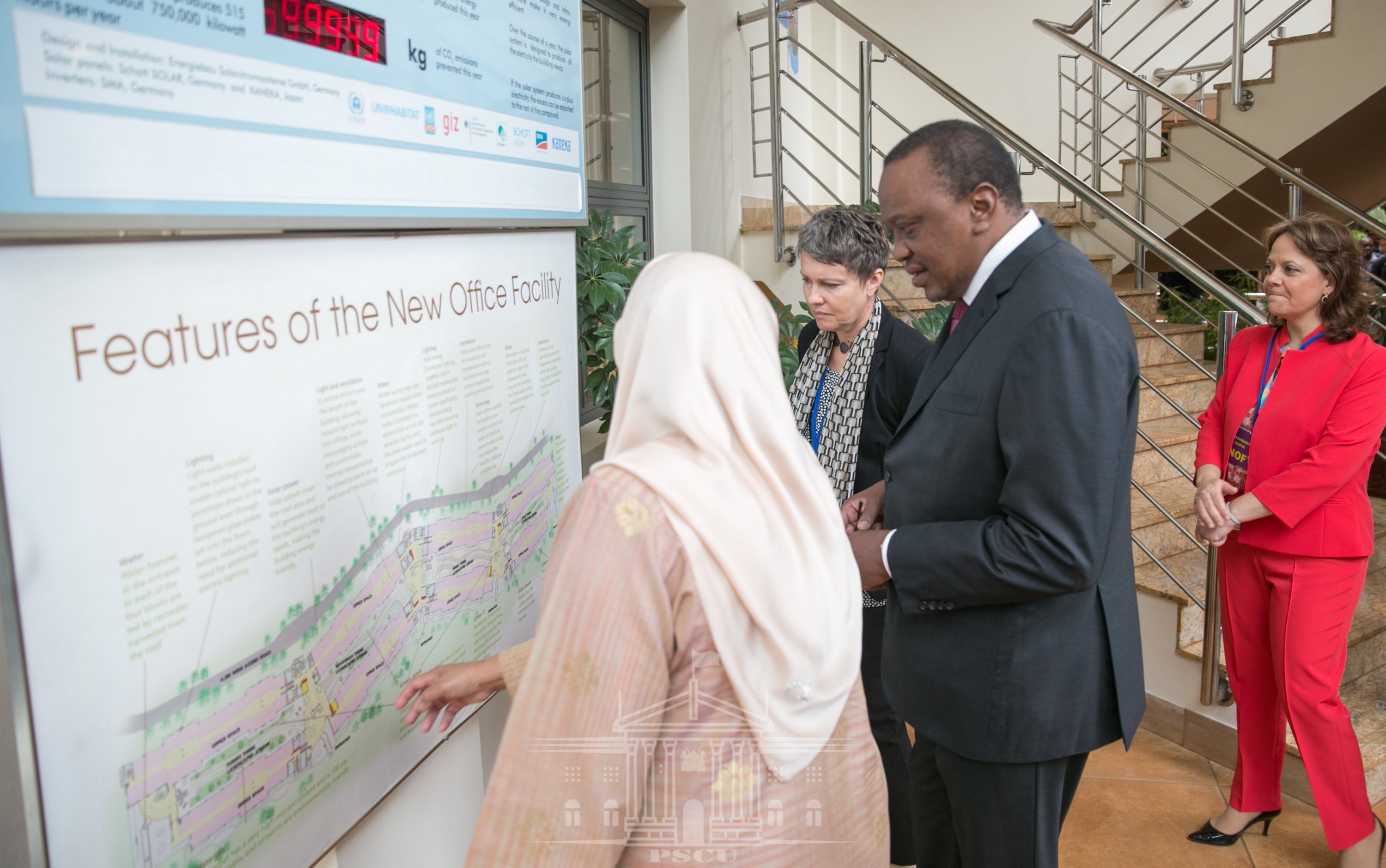 The President said Kenya has also embarked on major infrastructural developments both on major highways and within major urban areas that have facilitated mobility, improved sanitation and access to services by citizens.

In the area of research and technological advancement, President Kenyatta pointed out that Kenya has laid emphasis on innovation as an accelerator of the quality of life for its citizens through promotion and development of entrepreneurship education in all sectors of the economy.

“To this end, the country has a number of business incubation centres that include Nailab, iHub, Strathmore University Business Incubation Centre and Kenyatta University’s Chandaria Incubation and Innovation Centre,” he added.