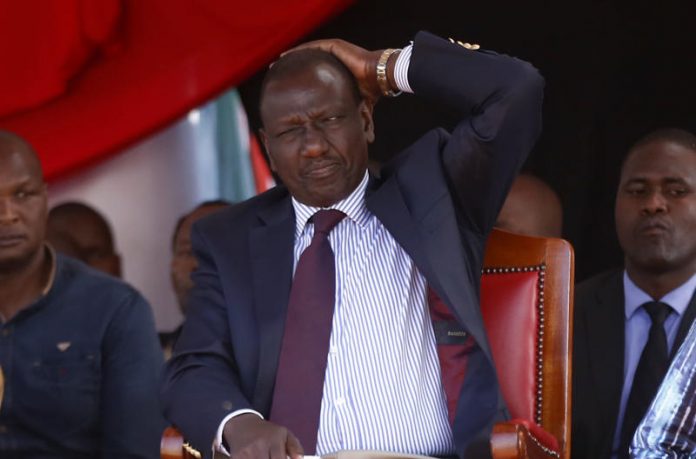 Deputy President William Ruto has rubbished claims that President Uhuru Kenyatta is interested in extending his stay in power.

“It is brokers and political merchants who are peddling that rumor across the country,” he noted.

DP Ruto spoke in Nyeri County during the burial of Martha Kirigo, the mother to Mathira MP Rigathi Gachagua and the late Nyeri Governor Nderitu Gachagua.

“We are progressives. President Kenyatta has rich legacy which cannot be stained by the push for constitutional changes,” explained the Deputy President.

He told off politicians for meddling in Jubilee Affairs saying that they should channel their jealousy to sort out their own party differences.

“We, therefore, ask those political cons to keep off Jubilee affairs. They should instead direct their energies on sorting out their party problems.” concluded DP Ruto.

He said the Government would continue pursuing its development agenda and uniting Kenyans.

Coronavirus deaths top 60,000 as Half of the world stays at home