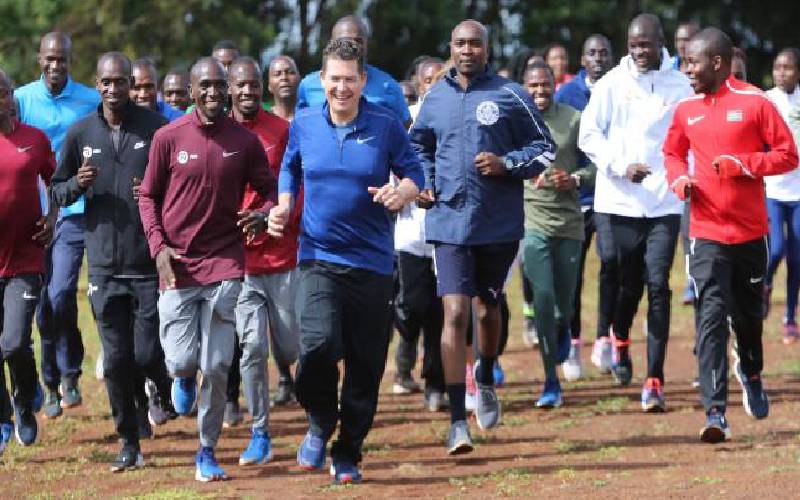 US Ambassador to Kenya Kyle McCarter together with his wife Victoria today visited  Kipchoge ,where he trains at the Global Sports Communication training camp.During his visit he congratulated and praised  Kenyan athletes for their prowess  in sports.

He also praised Kipchoge and described him as a good example when it comes to leadership because of the many young people who look up to him.

“Kipchoge is a good example to many and that is what is expected from a leader. Many youths are looking up to him and this shows one can achieve his/her dreams when you work hard,” he said.

During his visit he got the chance to  plant a tree at the facility where many visitors have been doing so to help enhance the good forest cover around the scenic camp.

The Ambassador later joined Kipchoge and his training mates in a one-lap race at the camp and presented Kipchoge with T-shirt, cap, notebook, an emblem and a bag.