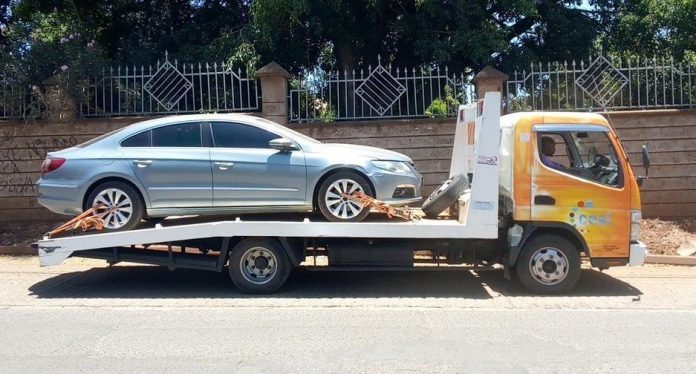 Traffic offenders can now have a reprieve as a court, termed the towing charges always imposed on them as illegal.

The court in Nairobi ruled that there is no provision in law that requires traffic officers to charge towing fee, and said doing so amounts to abuse of their powers.

Principal magistrate B.M Nzakyo said that monies charged by police officers end up in their pockets and not government.

“The money goes into police pockets and it’s an abuse of their powers”, the magistrate said.

When arrested at a police roadblock normally the car owner is always forced to pay between sh 8000 and 9000 regardless of the distance, without withstanding that the vehicle can still be driven to the station.

The ruling comes after lawyer Robert Macharia was taken to court for a traffic offense driving under influence and was required to pay towing charges of shs 8500 for his car.He declined.

‘’That’s a big one for us psv owners police have pressed the charges on us and it has been a burden to our business “ Said mr Mwaniki a psv matatu owner.