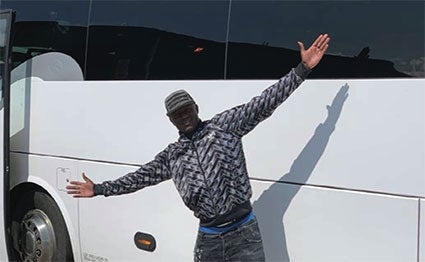 He says the bus will aid in the movement of the club from one place to another as they travel for different games.

Victor spent his formative years in County Bus in Muthurwa and says he is more than willing to be part of the development of the club that has great potential especially the boxing club that is known for producing great boxers.

He is also doing this because the area contributed a huge deal to the person he is today.

The bus was bought from London through the Victor Wanyama foundation, underwent clearance at the port of Mombasa yesterday on Friday and is expected to arrive in Nairobi today where it will be branded.