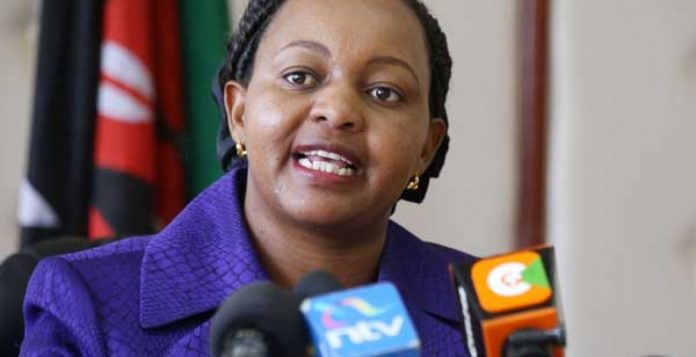 An impeachment motion against first-time Kirinyaga Governor Anne Waiguru has been passed by the county assembly – By Gerald Gekara.

The motion that was clouded in chaos, was upvoted by 23 Members of the County Assembly, with only 4 of the leaders voting against the motion.

The MCAs had been reported to have slept at the county assembly, inorder to ensure that they woulfd not miss the sitting, despite the existence of a court order barring the assembly from gathering.

The MCAs exchanged blows on Tuesday morning, disrupting the session. It all started when Mutira MCA Kinyua Wangui rose up to move the motion of impeachment, and declared that she was not fit for the governor’s office.

Two MCAs allied to the governor; Antony Munene (Karumandi) and Lucy Njeri (nominated)heckled the MCA, claiming that their signatures had been forged as their names appeared in the list of those seeking to impeach Ms Waiguru yet they opposed to the motion.

This led to incidents of chaos, prompting the Sergeants-at-arm to intervene and calm the situation.

The ousted governor, Anne Waiguru this morning dismissed the impeachment motion claiming she would seek legal action against the speaker, if he held the sitting.

“If the assembly proceeds with the violation of the subsiding court orders, I shall see such orders for contempt against the speaker and all participating members as are available under the law,” Waiguru said