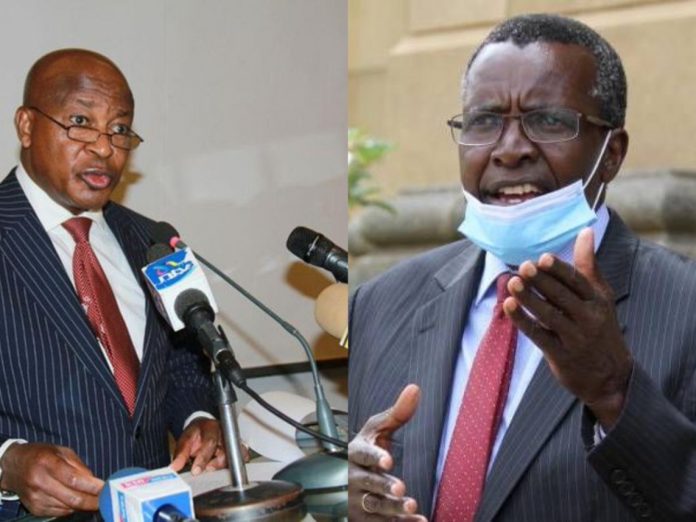 The Attorney General Kihara Kariuki has accused Chief Justice David Maraga of fanning flames of rebellion against the Executive arm of the government – By Gerald Gekara.

In a lengthy statemement, the Kihara distanced Uhuru from claims of frustrating the Judiciary, after Maraga complained over the delayed appointment of 41 judges.

“It is regrettable that the Honourable the Chief Justice has had to make a public statement on issues. Some of which are actively pending determination by the courts. The prejudice that such public statements would occasion to pending litigation, including appeals by the Executive, requires no emphasis.” Read the statement.

The Attorney channeled the presidents anger instead, at the Judiciary for crippling the war against corruption. He accused the Chief Justice of not clamping down on cases involving big individuals with hands in the judiciary.

“The war on corruption has been undermined significantly by the failure of the Judiciary’s leadership in unlocking critical cases, some of which involve individuals with influential positions in the echelons of the judicial system.”

While responding to the issue of the state failing to honour court obligations, Kihara clarified that a total of 1.5 Billion shillings in legal bills and is in the process of clearing a 300 Million balance.

“This financial year, this Office has paid approximately Kshs. 1.5 billion in pending legal bills. As we speak, pending bills in the sum of about 113 million are being processed for payment. The president has issued a number of directives requring government ministries to settle pending bills”

Kihara lamented the strained relations between the two arms of the government-orchestrated by Maraga, painted a false picture of the coexistence currently in place.

“Such respect and deference is seriously undermined when the Honourable the Chief Justice engages in frequent vitriolic attacks on His Excellency the President and the Executive, especially where the attacks are based on misrepresentations, distortions and half-truths: all lumped together.”