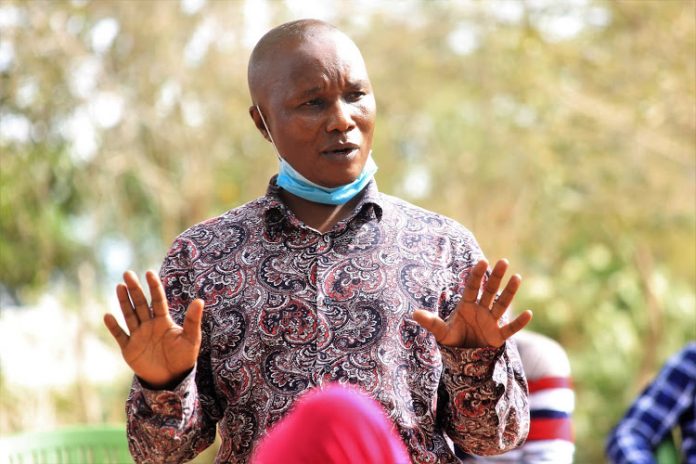 Ganze MP Teddy Mwambire has insisted that Coast region will take its political direction after the June referendum.

But speaking in an exclusive interview with Uzalendo News, Mr Mwambire who is the secretary General of the Coast Parliamentary Group (CPG) said that region will decided on its way ahead after the June referendum.

“There have been calls for the formation of Coast political outfit to champion for the unity of the Coast region ahead of next year General Election. What I want to assure the people is that a clear political direction will be taken after the referendum. That is what is in our plan. Anything aside from this is a mere sideshow which is yet to get its Coast backing,” said the MP.

Mr Mwambire who is also the Kilifi Orange Democratic Movement (ODM) Vice-Chairman said people should not mistake the visit by the three Governors to statehouse as a push for the Coast unity but added that the unity of the region will be decided by the people themselves.

“I want to believe that they went to Statehouse for other talks that did not touch on the formation of the Coast unity because let us all be clear here that formation of regional unity cannot be under the directive of Statehouse. If that is what happened then it is on a wrong footing and we shall address that at its correct time, which is after the referendum,” said Mr Mwambire.

According to Prof Halim Shauri of Pwani University in Kilifi County, the regional unity formation must be the input of many people across the region for it to succeed and that it is going to a catastrophe should it it be left in the hands of three outgoing Governors.

“The Coast unity must bring in academicians, economists, politicians, entrepreneurs ,educationists and so many professionals in it. Three people can’t be pushing an agenda which has its impact in different sectors of the economy,” said Prof Shauri.

Kilifi Governor Amason Kingi has been in the forefront of leading the Coast Coalition of political parties, an outfit he says must be at the national table.

However, some members of parliament from the region have been giving it’s a wide berth on what they say is the lack of clarity on the agenda f the coalition.

“You can’t just say that we want to have coalition that will give us a seat at the national level yet you are not giving us a clear information on what it entails,” said a legislator on condition of anonymity.