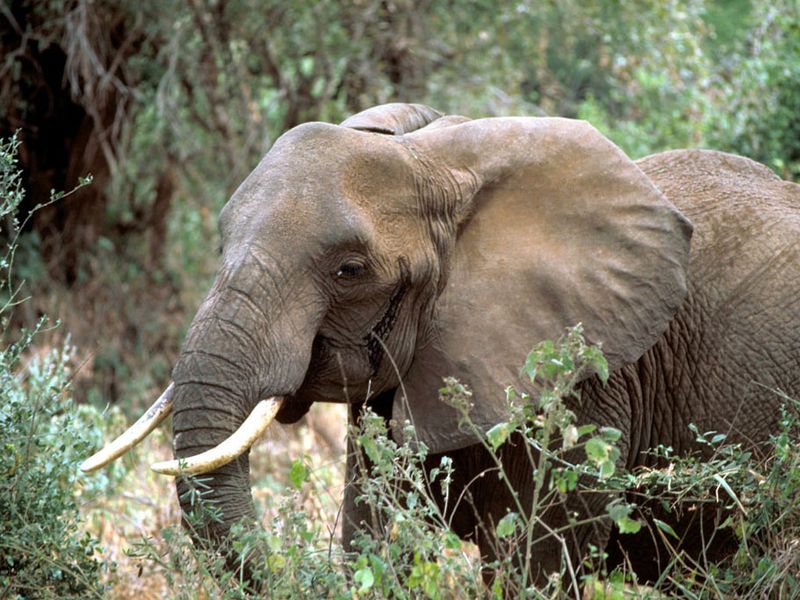 WildlifeDirect does not support the reversal of the Hunting ban in Botswana though we recognize that it is their sovereign right to manage elephants domestically.

Paula further added, “Moreover we are concerned that hunting causes extreme stress to elephants which are intelligent, thinking communicating animals – the elephants begin to associate humans with violence and they retaliate hence the large number of human fatalities”.

Will hunting help with overpopulation of elephants? No. Botswana has 130,000 elephants – trophy hunting will not dent that number.

Will hunting reduce human elephant conflict? No, it will make it much worse as elephants become nervous and aggressive around people.

Is trophy hunting linked to illegal ivory trade? – We doubt this very much since Botswana has very stringent controls

“It is a shame that some people think that killing animals is going to save animals. We are losing touch with our strong African connection to nature as desire to make money is making us view these majestic intelligent animals simply as teeth, meat and hides. Hunting is declining around the world and it has no place in modern Africa”, stated Paula.

Botswana and four other southern African countries want to reopen ivory trade – this is the bigger evil. It will have catastrophic effects across Africa.

Poaching for ivory has already been documented in Botswana and if this threat is ignored, they will become the next great killing fields of Africa, just as Tanzania ignored the signs in 2012 and subsequently lost over 70% of her elephants to poachers before admitting the catastrophe and seeking support from the world.

USA, UK and China have all banned ivory trade, the trend should be strengthened but Southern African countries are trying to reverse this. They must take responsibility for the damage that their ivory trade proposal will have across Africa.

We support the Kenyan proposal to place all elephants on Appendix 1 to send a clear message that elephants are worth more alive.

We welcome discussions with Botswana to explore humane ways of managing elephants that have been tried and tested in South Africa and Kenya.