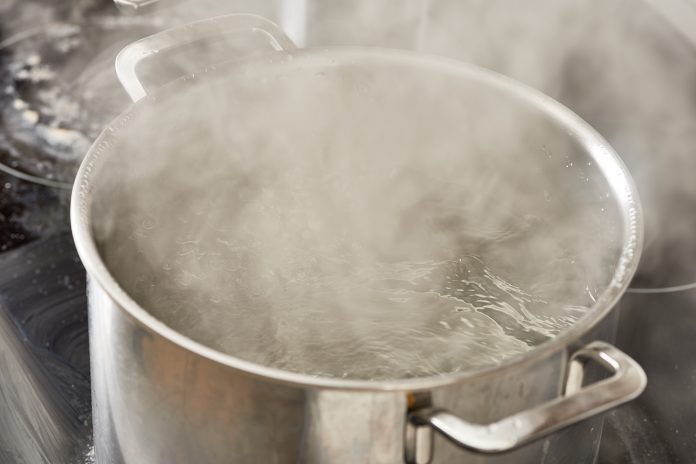 A man is fighting for his life at Bungoma County referral hospital, following a botched robbery mission yesterday morning.

The man whose identity is still unknown had crept into the house of one Zipporah Masika, as she prepared to go for her morning shower.

Zipporah had just boiled her bathing water and was carrying it in a basin to the bathroom when she came face to face with the thug carrying her mobile phone and other valuables, after ransacking her house.

The thug attempted to push her aside and escape but it was too late as she splashed the whole basin of hot water on his face and fled towards the main door screaming, “Uuuui! Uuuui! Omwivi! Omwivi! Amba mu ngonye, alerting the whole sleepy Tuuti village and its environs.

As the hunter ironically became the hunted, the thug wailed from the excruciating pain of a scalded face, equally attracting neighbours from nearby households, who responded in their numbers.

Upon learning what had transpired, the neighbours disregarded the rule of law and instead applied the rule of the jungle as they descended on the hapless miscreant with an avalanche of blows and kicks.

Pleas by the thug to be forgiven fell on deaf ears, as the irate neighbours beat him like a rented mule, further disfiguring his burnt face and inflicting deep cuts on his head.

By the time police officers arrived, the man had been smashed to a bloody pulp by the angry villagers who had had enough of such characters in the village.

&quot;Members of the public are advised not to take the law into their own hands in such circumstances,

but alert police officers for the suspects to be accorded a fair opportunity in a court of law,&quot; added