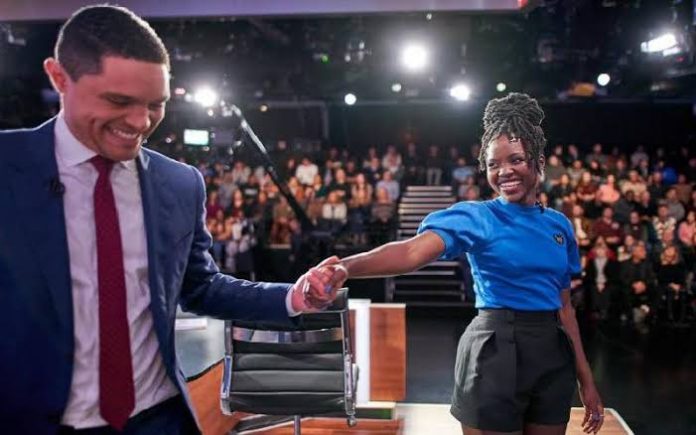 Lupita appeared at the interview to celebrate her new book, Sulwe and her new role in the popular Star Wars franchise.

During her interview, fans lurking in the comments lauded the chemistry between the bubbly actress and the ever-smiling comedy host.

Trevor and Lupita have been friends for a while and have been spotted out at events together in the past.

The actress has also played Trevor’s mother in an upcoming film about the SA comedian’s life.

For performers in lockdown, online is becoming the new LIVE