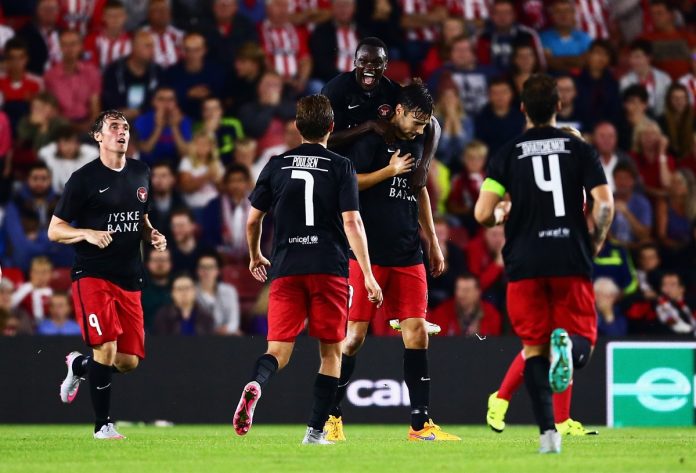 With empty grounds greeting the return of Danish football, FC Midtjylland came up with a creative way of ensuring their fans were able to get close to the action while also remaining at a safe social distance for Monday’s home game with AC Horsens.

Two big screens were set up in the stadium’s car parks, with supporters invited to park up in their vehicles, tune in to the commentary on their radio and follow the match.

More than 2,000 parking spaces were made available for the game, the fifth to be played in the Danish Superliga since the sport returned to action last Thursday.

However, the home fans drove away disappointed, with league leaders Midtjylland surprisingly going down 1-0 to a 36th-minute Louka Prip goal.

The club remain 12 points clear at the top of the league, with one game to play before the championship round.

Here, the top six clubs split from the rest, carrying their points forward for a 10-game mini-league to decide the division’s eventual winner.