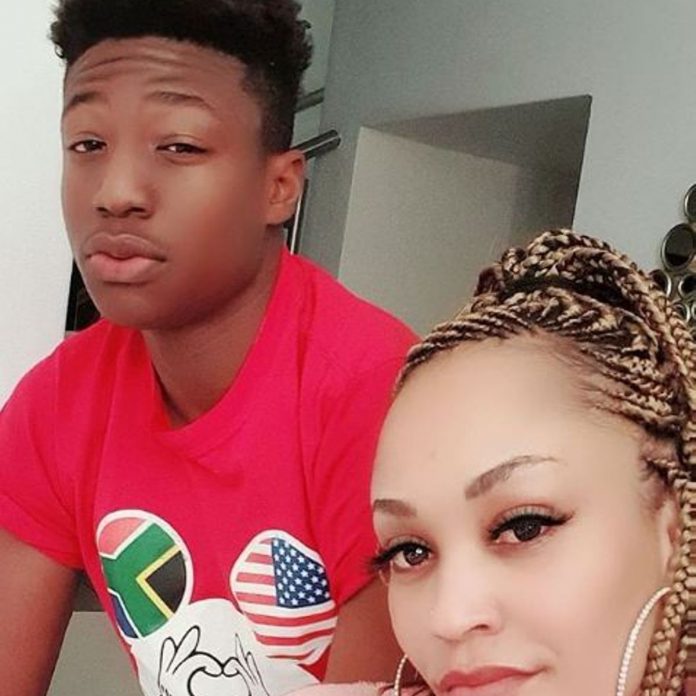 Zari Hassan who is a Ugandan business woman who is now based in South Africa has come out to clear the air and defend her son Raphael Ssemwanga junior who on Wednesday night went live on Instagram to claim that he was gay.

To his defense Zari said he said that in order to discourage older women who keep on sending nudes to him DM on a daily basis.

“He actually has a girlfriend amechoka na takataka kumtongoza DM .wanawake wakubwa kumtumia uchi wao, wengine kuomba dollar .maybe it was a good thing to say he was gay. Now you will all chill and leave him alone.”

She also went on to say he has a girlfriend and he is not gay as he made people to think. Raphael is Zari’s second born. when diamond and Zari were together he was asked a question and he said he did not mind having Diamond around because he was the one his mother chose to love  and I can’t do anything   .because if he was making her happy it is fine by me .”