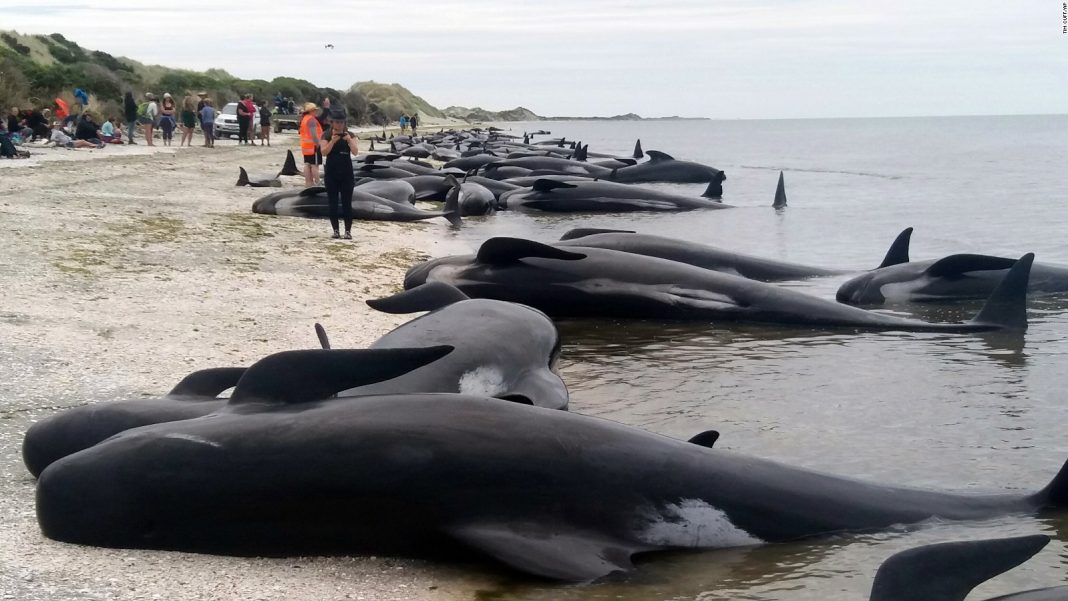 Nearly 100 pilot whales have died in a mass stranding on the Chatham Islands, New Zealand’s Department of Conservation said Wednesday.

Some 97 whales and three dolphins died in the stranding, which conservation department staff were alerted to around midday local time on Sunday.

A power outage and the remote location of New Zealand’s most eastern islands, around 500 miles east off the country’s South Island, meant Department of Conservation rangers did not arrive at Waitangi West Beach until 3 p. m. , officials said.

“Only 26 of the whales were still alive at this point, the majority of them appearing very weak, and were euthanized due to the rough sea conditions and almost certainty of there being great white sharks in the water which are brought in by a stranding like this,” biodiversity ranger Jemma Welch said in a statement.

Two more whales were stranded on Monday and also had to be euthanized, the Department of Conservation said, adding that the whales will be left to decompose naturally.

Mass strandings are common on the Chatham Islands, according to the department, which said that up to 1,000 animals died in a stranding in 1918.