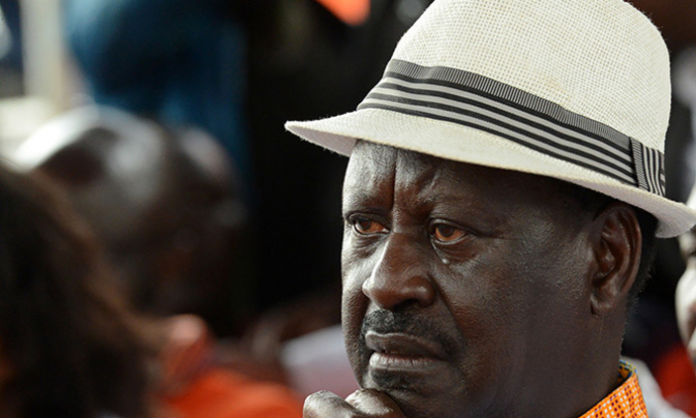 The build up to the event was pitch tense. Then President Moi, who was due to retire in 9 months time was in the political market for a successor. And he was already clear that Saitoti was not on his plans.
And so on 18th March 2002, Saitoti and his cronies were kicked out of KANU by delegates.

In came Uhuru Kenyatta; Kalonzo Musyoka, Musalia Mudavadi and Katana Ngala as Vice Chairman. A stunned and visibly angry Kamotho was replaced by Raila Odinga.
During the full day drama, Joseph Nyagah and John Harun Mwau were prevailed to step down for Kalonzo after wheeler dealers convinced Moi that Kalonzo should remain in top KANU leadership. William Ruto was elected Organising Secretary.

Political realignments over President Uhuru Kenyatta succession are in top gear. The Kasarani event mad as well have launched Uhuru Kenyattas March to State House which he eventually entered in 2013.
But it is his battles with Raila Odinga and the eventual handshake in 2018 that will define his memoirs once leaves office in 2022.
Pundits are comparing the Kasarani debacle the handshake.

In both cases Raila aka ‘tinga’ aka ‘jakom’ aka ‘baba’ is a prime mover. In both cases, there are huge political prizes to be traded. In 2002, Raila had hoped the KANU deal will thrust him to State House with Uhuru as his deputy. But Moi wanted Uhuru in state house with Raila as one of the pillars. The professor of politics had wanted the constitution to be changed and a non executive Prime Minister position to accommodate Raila created but only after Uhuru takes over.
Raila did not trust Moi…and so he refused to take the bait, struggled the KANU cockerel and backed Mwai Kibaki.

The political season and succession in now back. A change of the constitution has been proposed. The Post of Prime Minister is key to these changes. It is this change of the constitution business that has informed the current bad blood between DP Dr. William Ruto and Raila.
Allies of the DP feel that the creation of a PM amounts to mutilation of the Presidency at a time when the DP is warming up for the Big seat up the hill.

Raila men know the pain of losing. 1997. 2007. 2013. 2017. They would rather share seats via a new constitution rather than continue waiting. And so they have convinced Kalonzo to back the new deal with a firm promise of a deputy PM.
In Mombasa, Hassan Joho has been roped in, Gideon Moi is also in the stable. Musalia Mudavadi political mood is unpredictable but he appears nearer those for constitutional change.
The move is complicating political mathematics and science for the DP. But he appears to be spoiling for a mother of all political battles. He is banking on his die hard supporters to soil their hands since he is already part of the Presidency.

Problem is Raila is a political mammal with hands everywhere in Kenya.
One thing is however clear. Some political careers may be consumed by the time the handshake is becomes an embrace.