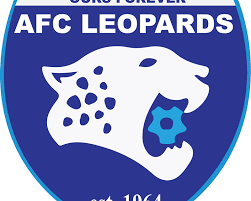 AFC Leopards say money is not the problem, insisting they have enough cash to afford any player on the market.

The assurance was in reaction to Kakamega Homeboyz chairman Cleophas Shimanyula’s remarks that the 13-time league champions are too broke to sign Peter Thiong’o from Kakamega.

Shimanyula said Homeboyz is ready to negotiate on the transfer of the player, but insisted that no team, including AFC Leopards has approached his club for the services Thiong’o whose contract at the club is coming to an end in December.

“Thiong’o is among players we want to retain,” he added.

But AFC Leopards chairman Dan Shikanda said Ingwe will buy any player on their radar, including the 20-year-old midfielder who played a big role in coach Nicholas Muyoti’s squad that put up an impressive 2019/20 performance before the season was suspended in mid-March due to Covid-19 pandemic.

While appealing to Ingwe branches and legends to continue supporting the team financially and morally, Shikanda said his technical bench led by Anthony Kimani has identified five players to inject more quality in the current playing unit and contract negotiations have started.

“Unfortunately Oburu Vincent walked out of the club and joined Wazito FC when we were in the process of even increasing his salary, but we thank those including striker Elvis Rupia who have extended their contracts to do duty for Ingwe next season,” said Shikanda.

“Any player we want, we shall afford him even for as much as Sh1 million, and let Shimanyula be reminded that AFC Leopards is not about Shikanda. Ingwe is a mass movement that cannot be compared to Homeboyz who can hardly attract 200 fans during their home matches. They will be lucky if they will still be existing in three years,” remarked the ambitious club boss who has promised to reclaim Ingwe’s lost glory.

Other signings Ingwe is chasing include Zambia-based trio of Duncan Otieno, Duke Abuya and Harun Shakava who play for Nkana FC currently undergoing hard financial times after they lost their shirt sponsor.

The other players in Ingwe’s wish list include Derrick Otanga and Musa Masika who have reportedly held individual talks with them.

Meanwhile AFC Leopards are in the process of securing their land in Kasarani. Plans are also underway to recruit 10,000 members before December, ahead of the new season.