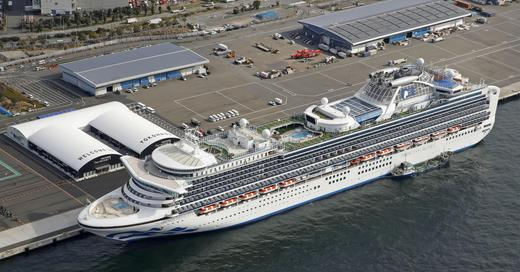 Seven crew members, six of them being Kenyans and one Zimbabwean national have finally arrived in Kenya after being stranded for nine months in sea on the MS Westerdam Luxury Cruise Liner. The crew that was part of the crew change that happened four nautical miles from Mombasa had been turned down by five countries due to the fear of Covid-19 despite none of them testing positive.

One of the officials of MS Westerdam noted the breakthrough for the seven crew members came when the country made it possible for crew change to happen. “Our crew have been on board for more than six months and they were felt like returning home, crew change was not possible because of lack of flights. “But when we started crew change on August 2, that was a huge boost as the whole world knew it was possible,” noted the official.

The Port of Mombasa was delighted to welcome back the crew members at the newly-built cruise terminal. “We have over 400 crew who are Kenyans aboard vessels all over the world, and we believe this can grow especially now that our cruise terminal is now ready for use,” noted a port official.

The crew change was the first to take place in the country after Kenya relaxed its restrictions due to Covid-19.
The ship which is one of the biggest in the world is set to travel to Ghana,Tanzania and South Africa dropping of sailors.