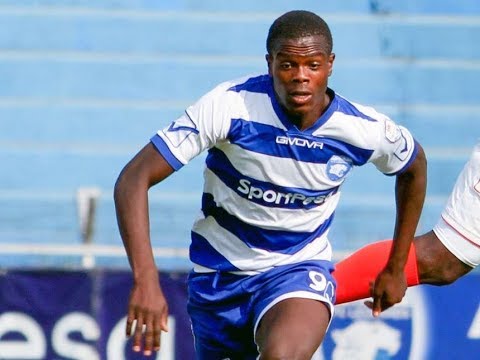 The 22-year-old opted against extending his stay at the club after expiry of his contract.

“AFC Leopards can confirm Vincent Oburu will depart the club after three years of service,” Ingwe posted on their website.

“The forward’s time with the club ends after he opted not to extend his new contract which was offered to him in February.

“Everyone at AFC Leopards Sports Club would like to thank Oburu for his service and wish him all the best in his future career.”

The Kenya international was signed by Cub’s then coach Boniface Ambani five years ago. He was later promoted to the senior team and during his three-year stay, he managed to score 13 league goals.

Oburu has taken to his Facebook account and thanked all for helping him develop during his stay at the club. Here is the message posted by the forward.

Four years ago, armed with nothing but hope, I joined the AFC Leopards youth team as I dreamt of working my way up to the Kenyan Premier League.

Things turned out well for me as after an impressive campaign in the KPL U20 tournament I got the chance to join Ingwe’s first team.

In my first year, in KPL I got the chance to play for the national team, Harambee Stars, we won the Cecafa Senior Challenge Cup, which was another milestone in my career.

It has been some good three and a half years at the den but it’s time to say goodbye.

As I exit I want to thank the club for the opportunity they gave me. I joined as a young boy and I now leave as a full-grown man. I owe nothing but gratitude to this great club.

To the coaches, the staff, the management, and the fans from the bottom of my heart I want to say thank you. The fans, in particular, were good to me and I will be forever indebted to you.

Special mention to coach Boniface Ambani who spotted my talent and gave me a chance with the youth team. He has been like a big brother to me over the years.

As I depart, I wish the team success and I hope soon they will win titles for the amazing team supporters.