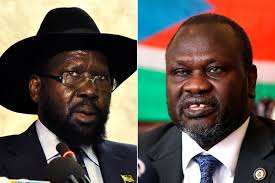 South Sudan’s leaders President Salva Kiir and rebel chief Riek Machar who have had a falling apart since 2013 have been given one final chance to form a government by the African Union who is in support of us warnings that patience to the nation’s government is running out.

“I think both our friends here in Washington and US think that this cannot be a game of extending all the time and this maybe the last chance they get to respond, said Smail Chergui, the African Union’s commissioner for peace and security after a meeting between AU and the US.

African mediators, on the other hand, have agreed to give the nation 100 more days for their second extension.

The two leaders had agreed to form a coalition government by November 12 ,but their reluctance has sparked a conflict that has left hundreds of thousands dead.