Air travel restrictions won’t protect us from the coronavirus 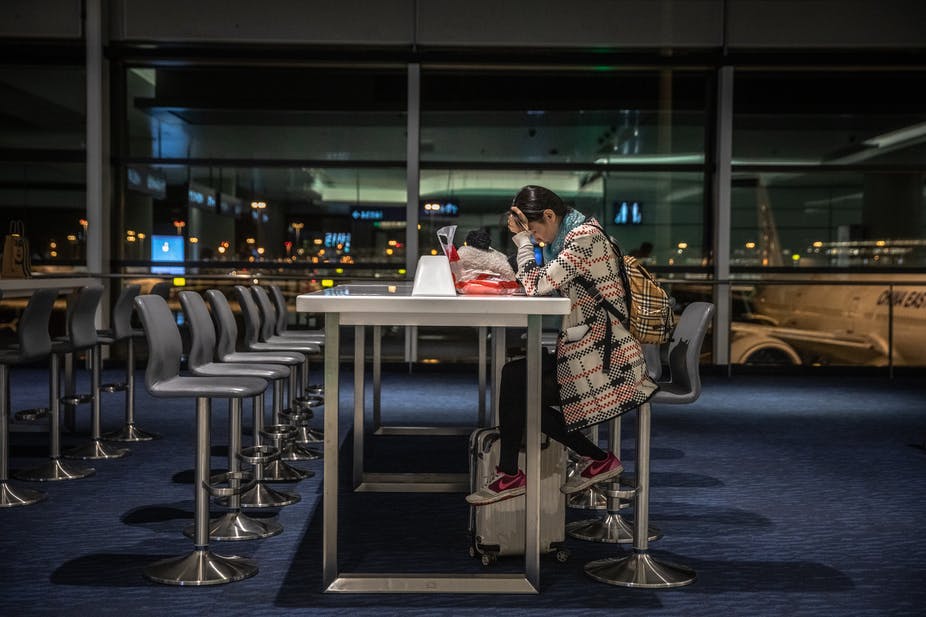 Cities in lock down, flights and public transport suspended, travellers in quarantine and surgical masks selling at unprecedented rates. The emergence of the novel coronavirus in Wuhan city, Hubei province, China, as well as its rapid arrival in 25 other countries and the World Health Organization (WHO)‘s declaration of a public health emergency of international concern have once again focused attention on aviation’s role in the spread of human infectious disease.

As of February 6, more than 28,000 cases and 566 deaths had been reported in China, with additional confirmed cases in countries including Thailand, Japan, Australia, the US, UAE, Germany and the UK. Despite growing awareness of aviation’s environmental damage and the rise of “flightshaming”, air travel has never been more popular. Last year, more than 4.5 billion passengers worldwide boarded a commercial flight and the International Air Transport Association predicts that this will increase to 8.2 billion by 2037.

The advent of ultra-long-haul aircraft, including the A350 and B787-9, combined with the global connectivity of contemporary airline networks, mean that most airports in the world can be linked within 24 hours. Cultures and climates that were once far apart are being brought into ever-closer contact.

In 1978, it was estimated that every person on earth was flying the equivalent of once every seven years. By 2017, that frequency had increased to every person flying once every two years. Given that the world’s population rose from 4.3 billion to 7.5 billion over that time frame, the intensification of air travel has been considerable.

This is not only increasing the opportunities for international travel and trade, it is also presenting unrivalled opportunities for infectious disease to spread around the world. The key challenge is that aircraft fly more people more quickly between more places than ever before. The flight times are often far shorter than the incubation period of viruses – perhaps as long as 14 days in the case of the novel coronavirus. This means that an infected but asymptomatic traveller can fly halfway around the world before manifesting any symptoms.

Concern about aviation’s role in the transmission of human disease is not new. More than a century ago, people were worried that the speed of modern aircraft would enable pathogens and pests to fly around the world and infect new regions.

In response to the first flight between England and Australia in 1919, Australia applied the world’s first quarantine code to an aircraft. The US adopted a similar approach around the same time, decreeing that all aircraft entering the country would be subject to the same quarantine restrictions as oceangoing ships.

As British air commodore and physician HE Whittingham wrote in 1938:

Nowadays, air-travel is so rapid that an aeroplane departing from the yellow fever zones of west Africa reaches the Sudan in two days, Mozambique in four days, Durban in five days and, by another route, Karachi in five, Calcutta in six … There is, therefore, great danger of yellow fever being spread by air passengers incubating the disease or by infected mosquitoes in the aircraft, unless special precautions are taken.

Yet a balance had to be struck between protecting a country and not unduly hindering international trade and commerce, and we have not found any evidence that the quarantine rules were ever widely used. Medical advances such as inoculation meant that countries could prioritise making sure that travellers were vaccinated against certain infectious diseases instead.

In an echo of this more pragmatic approach, the WHO is not currently recommending travel bans with the novel coronavirus, arguing that they are counterproductive. According to a WHO spokesperson: “This is because of the social disruption they cause and the intensive use of resources required.”

But countries have responded in different ways. Many have temporarily suspended all direct flights to and from China while others are repatriating their citizens and placing them in temporary quarantine. Travel restrictions also extend to airport health screenings, denying entry to foreign visitors who have recently been to China or Hubei province and restricting border crossings.

We have seen airports making health interventions before in response to outbreaks of infectious disease, including during the Sars outbreak of 2002-03, H1N1 in 2009 and Ebola in 2013-16. Then, as now, countries including the UK used temperature scans of passengers to identify those with a fever and also administered health questionnaires. In some cases, we have seen additional post-flight contact tracing to identify people who were sitting in close proximity with an infected passenger.

But whatever airlines do, viruses and pathogens will always catch a lift on aircraft. For example, while it is relatively easy to suspend direct flights from infected regions, it is far harder to trace passengers who arrive from an infectious area but who have travelled on several flights and changed planes (and sometimes airlines) en-route at an intermediate hub.

It doesn’t mean these interventions have no benefit, but it is likely to be modest. The rapid global spread of recent outbreaks has shown that they are usually introduced after the event and that their efficacy has been limited.

Their value is arguably more that it’s necessary for governments to be seen to be doing something to reassure their populations. Ultimately, the transmission of infectious disease is a risk we accept in exchange for the benefits of mass air travel. We just have to hope that we are sufficiently able to control diseases such that we never end up paying too high a price.