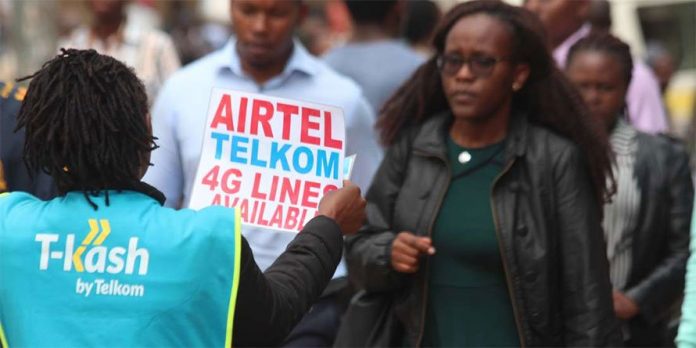 The planned merger of Airtel Kenya and Telkom Kenya has finally been approved.

In a notice published in the Kenya Gazette Friday, the Competition Authority of Kenya (CAK) okayed the merger, but with tough conditions to the two companies.

Airtel-Telkom, as it will now be known, has been directed to first honour all its existing government contracts before entering into the merger.

The merged entity will also not be allowed to sell or transfer some of its operating and frequency spectrum licences until their duration expires.

“Upon expiry of the term of the merged entities’ operating license, the spectrum in the 900MHZ and 1800MHZ acquired from Telkom shall revert back to the Government of Kenya (GoK),” the notice says.

The two companies have also been directed to not jump into any mergers until 5 years has elapsed.

Airtel Kenya Ltd, a subsidiary of Airtel Africa (owned by Bharti Airtel), is the second-largest telecommunications services provider in Kenya after Safaricom PLC.

How the COVID-19 pandemic will affect informal workers

‘Sexually aroused’ elephant tramples its keeper to death in front of...

Why parents should think twice about tracking apps for their kids