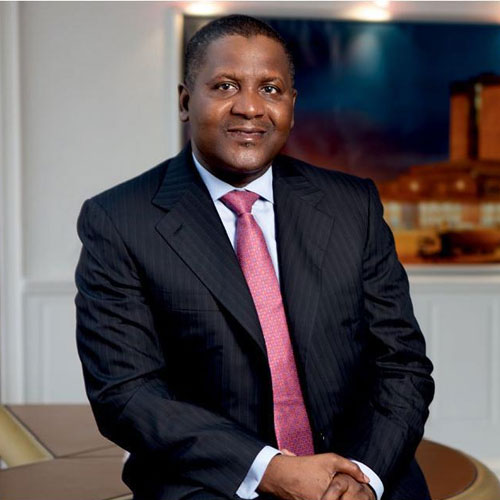 It has not been quite a good start of the year for Dangote after it was reported that he lost 98 billion in just 24 hours. His company was rated as one of the biggest loser at the end of trading in Nigeria’s stock market  his wealth dropped from $18.4 billion to 17.5 billion on January 8th .

Even with the loss Dangote still has a place among the 500 billionaires in the world and he now stands at number 114. He previously was at number 106 before the loss.

Within the first week of 2021 he gained 65 billion.  And he has also a plan to take over English premier league club arsenal in 2021. He is known to be an arsenal fan

According to reports the loss that Dangote had made him drop in the list of the billionaires in the world.