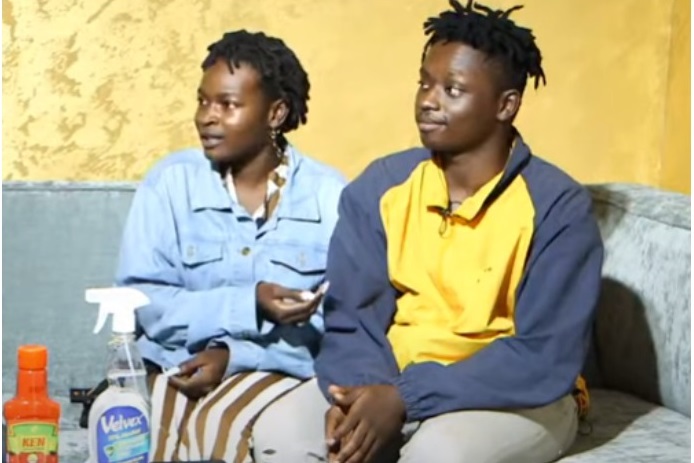 It all began with a Tik Tok video where twins Lexy and Brian did a video together and claimed they found love in each other.

The young lady lexxy claimed that she fell in love with her twin brother who is known as Chiwer Emilia. The two have gone on to share a video of themselves exploring their bodies and even kissing.

“We had a connection since we were little then we realized that we are meant for each other, our parents, friends disowned us they said it was a sin and we got kicked out. We moved out and stuck together, we didn’t give up on each other, he proposed we got married but no one came to our wedding but we still got married regardless.

Their relationship got people talking while others rebuked the act and called it incest.

But when the two were asked if they are related they denied but later on said maybe. “We are actually doppelgangers people took our video out of context we are the few doppelgangers on earth who actually get to meet each other we are unique. Said Brian.