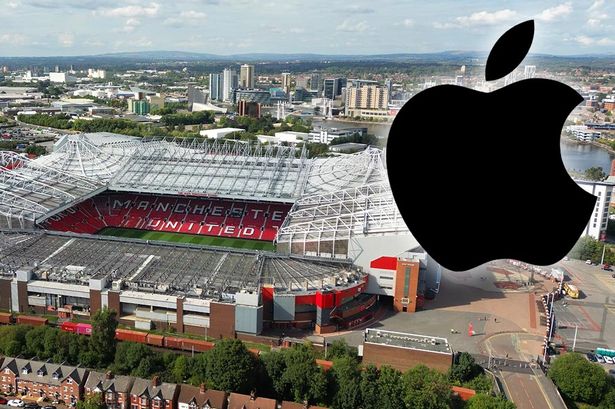 Manchester United are being eyed up by technology giants Apple in a mouth-watering £5.8billion deal.

It has been confirmed that the Glazers have decided to put the Red Devils up for sale, 17 years after the American family brought the club.

The Red Devils announced in a statement that the Glazers were exploring “strategic alternatives” and it is understood they will sell to the highest bidder.

According to the Daily Star, bosses at Apple have expressed an interest in discussing a potential deal to buy United.

Many Red Devils fans have wanted the Glazers to sell up after a decade of struggles since Sir Alex Ferguson’s departure and they may get their wish, with Apple amongst those wanting to take hold of the club.

Apple are by far the largest technology company on the planet with an annual revenue of almost £400bn and their products are sold all over the world.

The California-based firm was founded as Apple Computer Company in 1976, but it isn’t since the 21st century that the tech has grown and it became the first publicly traded US company to be valued at over £830bn, which is 1 trillion in US dollars.

However, Apple has no experience of owning a football club the size of United, although CEO Tim Cook is keen to explore the opportunities owning United could provide.

He will line up talks with the banks appointed to oversee the sale, which includes The Raine Group.

Cook has plans to build a new state-of-the-art stadium that would be regarded as the best in the world.

Although some United fans would be disregarded from that idea due to the history and tradition surrounding Old Trafford, others would welcome the idea of transforming the club.

The Glazers had initially set an asking price of around £8.28bn, but they have been told this is unrealistic in the current market.

As of June 2022, according to Forbes, Real Madrid is the most valued football club in the world at £4.22bn, with Barcelona merely behind at £4.20bn.

United were third on that list, but with the club now plying their trade in the Europa League, it is understood that value may be plummeting.

Liverpool and Bayern Munich make the top-five, with Manchester City and Paris Saint-Germain pushing with both Erling Haaland and Lionel Messi helping their cause to become more world-recognised.