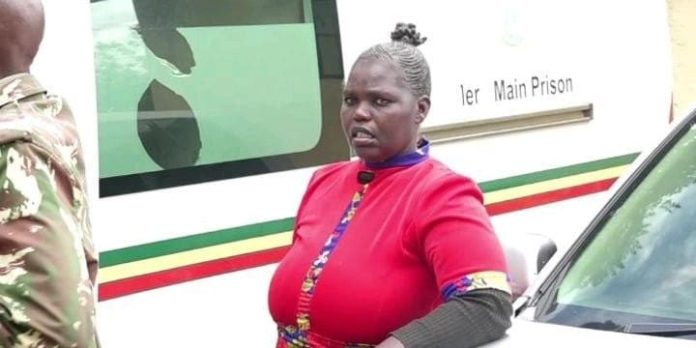 A Maua magistrate’s court condemned the mother of five to 15 years in jail after she was found guilty of attempting to murder her husband by slicing off his genitals.

Chief Magistrate Tito Gesora stated that the prosecution had shown without question that the lady meant to murder her husband when she attacked him.

The crime was conducted on November 19, 2021, in Igembe North, Meru County.

The court heard how the lady attacked her husband while he was sleeping and announced her intention to kill him for refusing to subdivide his miraa property.

The man described how astonished he was when he saw his wife hoist a panga over him at 3 a.m., knocking his head and leg.

She took a kitchen knife and hacked off a portion of his testicles while he writhed in agony.

The 60-year-old miraa farmer attempted to raise the alarm but it was too late as had become unconscious due to extreme loss of blood.