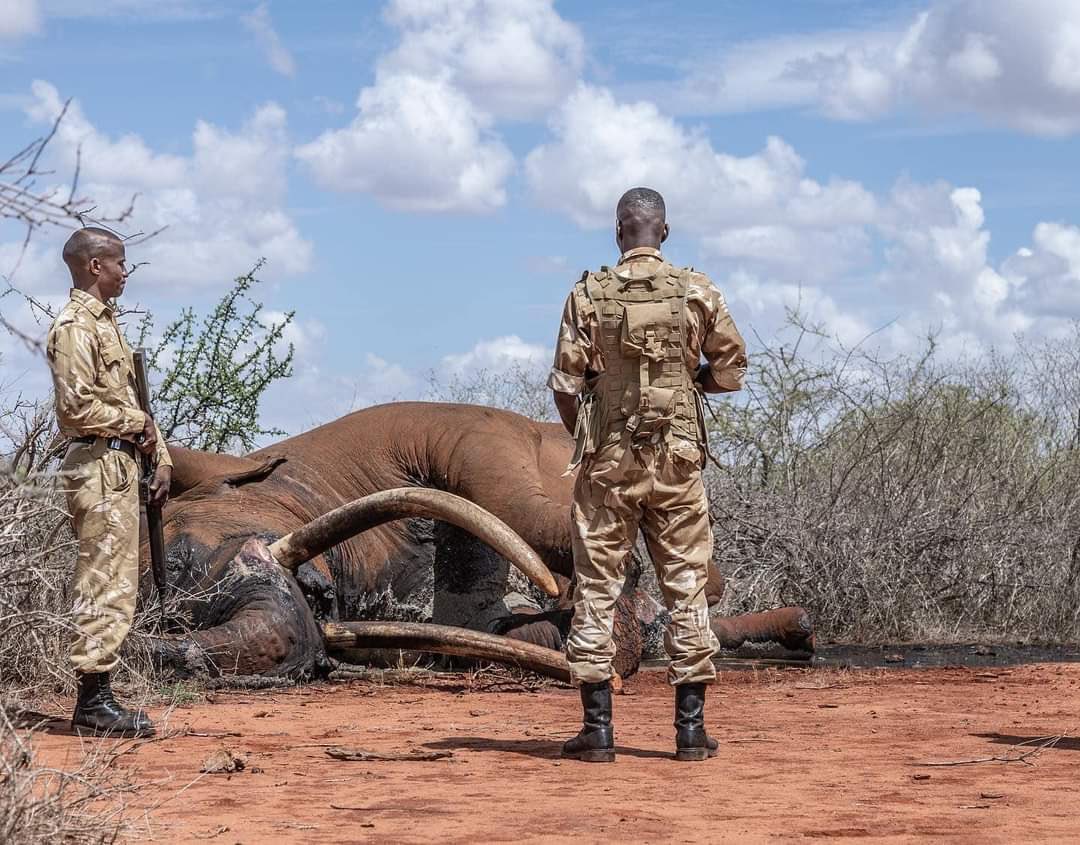 Lugard, the iconic Tsavo super tusker, has died of natural causes at about 53 years old.

According to KWS, he died of old age.

While Lugard had lived a long life, the Tsavo Trust reports that the severe drought in Tsavo accelerated his natural death. Both of Lugard’s tusks were found intact on his carcass and were recovered.

“It is always sad to lose an elephant, let alone a Super Tusker. You will be greatly missed, Lugard,” KWS said.

KWS described him as father of numerous elephants and is likely that his offspring will become Super Tuskers because of his rare “large tusk” genes.

Lugard is the second tusker to have died in Tsavo National Park in a month, after matriarch Dida, Africa’s largest female Tusker, aged between 60 to 65 years, also died of natural causes.

Dida served as both the subject of various documentaries and an iconic tourist attraction.

KWS described her as a Matriarch, who resided in Tsavo East and a great repository of many decades worth of knowledge.

“She shepherded her herd through many seasons and challenging times. She served as both the subject of various documentaries and an iconic tourist attraction,” KWS said.