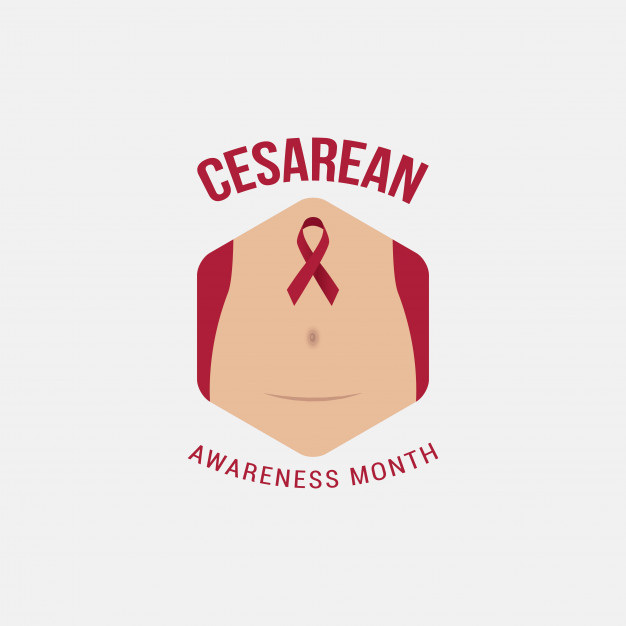 April is recognized every year as cesarean awareness month. – By Sharon Maina.

Cesarean delivery is a surgical procedure used to deliver a baby through incisions in the abdomen and uterus.

There are two types of caesarean section namely bikini cut and classical cut which differ according to the direction of the incision on the abdomen.

Why Go For A Cesarean Cut

Not many mothers choose to have a C-section but due to unavoidable circumstances more and more women are giving birth by cesarean section.

The most common reason for a C-section is stalled labor which is caused if the mother’s cervix is not opening enough despite strong contractions over several hours.

Other reasons are abnormal positioning of the baby, birth defects, chronic health condition, cephalopelvic disproportion, prolonged labor just to mention but a few.

A caesarean section is generally a very safe procedure but like any type of surgery, it does carry a risk of complications.

Some of the risks to the mother might be infection to the wound, infection of the womb lining, excessive bleeding ,deep vein thrombosis or damage to your bladder or tubes that connect to the kidneys and bladder.

Some risks to the infant may be a cut in the skin which may happen accidentally as the mother’s womb is opened or breathing difficulties which mostly affects babies born before 39 weeks of pregnancy.

Though it is rare, having a caesarean may bring risk to future pregnancies for the mother such as the scar in your womb opening up, the placenta being abnormally attached to the wall of the womb leading to difficulties delivering the placenta and also still birth.

Cesarean birth does not mean that you are a failure and will always be the last option considered when a normal birth fails.

As a matter of fact C-section mamas are brave and need to be celebrated every day since no matter how a mother gives birth the end product is the same, a baby.

How The Pandemic is Hurting University Students’ Mental Health