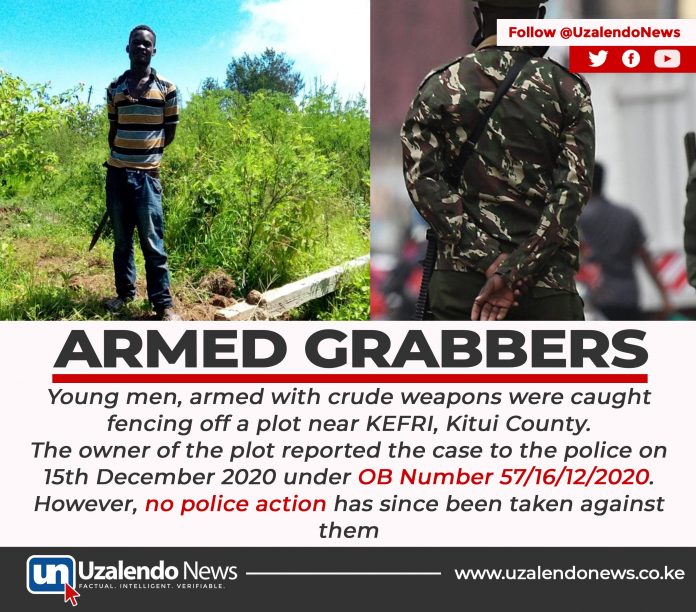 A group of young men in Kitui county, armed with crude weapons were caught fencing off a plot near KEFRI.

However, a source within Kitui Police Station says a well-known suspect behind the armed youths is yet to be arrested.

The suspect had paid the young men to fence off the prime property.

When the owner confronted the grabbers, they demanded that he produces his title deed “so that they could negotiate”.

More than 200 land grabbing cases have been reported to the Kitui DCI offices.

The move has raised concern that organized land fraud is rampant in Kitui town.