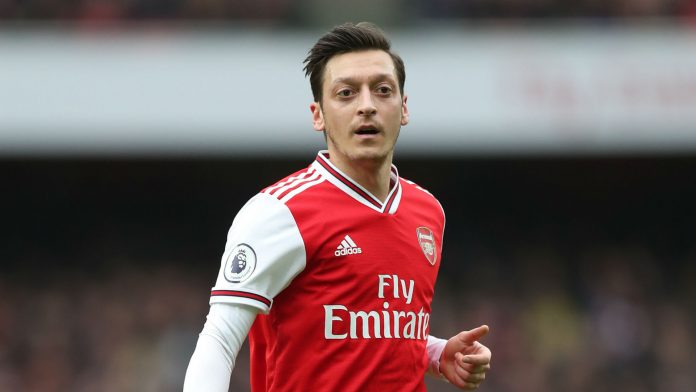 The former Germany international, 31, has not played since the Premier League resumed in June, with manager Mikel Arteta citing “pure football reasons”.

But Ozil dismissed reports the club were looking to pay up the last year of his £350,000-a-week deal.

“Things have been difficult but I love Arsenal,” he told the Athletic. “I’ll decide when I go, not other people.”

“I’ll give everything I have for this club,” Ozil added. “Situations like these will never break me, they only make me stronger. I showed in the past that I can come back into the team and I will show it again.”

Ozil, who joined Arsenal in a £42.4m move from Real Madrid in 2013, fell out of favour under previous manager Unai Emery before returning to the side under interim boss Freddie Ljungberg.

After Arteta’s appointment in December, Ozil started all 10 of Arsenal’s Premier League games immediately before the coronavirus pandemic forced a three-month suspension of the Premier League in March, but has not featured in their past 13 matches in all competitions.

Despite Arteta and his first-team players accepting a 12.5% pay cut in April, Arsenal announced they plan to make 55 staff redundant because of the financial impact of the coronavirus pandemic.

Ozil opted against a pay cut because the players were “rushed” and believes “possibly the decision affected my chances on the pitch”.

While he respects Arteta’s decision to leave him out, Ozil believes he should have been given a chance to show what he can do on the pitch, saying: “You don’t play 10 games in a row if you’re unfit, not good enough or don’t behave well.”

He added that he was “not the only player who rejected the cut in the end, but only my name came out”.