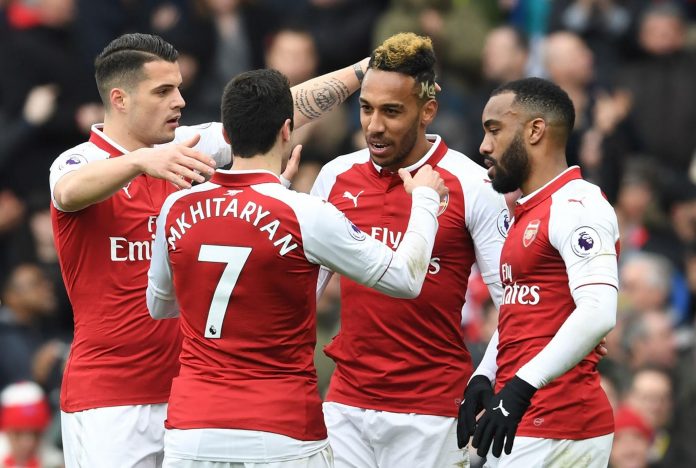 Arsenal’s players want to hold talks with the club hierarchy as they feel ‘betrayed’ by the decision to propose 55 redundancies to staff, according to reports.

The north London club announced on Wednesday that financial struggles caused by the coronavirus pandemic will result in a certain number of non-playing staff members being let go this month.

The Gunners playing squad and head coach took a 12.5 per cent pay cut in April to safeguard the economic future of the club.

several of Arsenal first-team players are frustrated and disappointed in the club as they believed their voluntary wage cut was going to help save jobs.

Some Arsenal players, including highest-earner Mesut Ozil on a £350,00-a-week contract, refused to take the pay cut due to a lack of assurances of where the money was going.

The players who did take a pay cut earned some of the money back when they won the FA Cup and qualified for the Europa League, a condition that was made when the cut was decided.

Arsenal admitted that they looked into every possible aspect and expenditure at the club before making the decision to propose job losses and that the decision was not taken lightly.

Arsenal chiefs Raul Sanllehi and Vinai Venkatesham, who wrote the club statement on Wednesday, say these cuts are being made to make sure the club operates ‘in a sustainable and responsible way’.

One particular area where the redundancies will affect job security is the scouting department, with Sportsmail exclusively revealing that head of international scouting Francis Cagigao is set to lose his job.

Cagigao was tasked with spotting cheap talent which could be developed into future first-team stars and was responsible for identifying the likes of Spanish duo Cesc Fabregas and Hector Bellerin, as well as Brazilian teenage sensation Gabriel Martinelli.

According to the Athletic, two other senior figures in the talent identification department, head of UK scouting Peter Clark and former Reading and Leeds manager Brian McDermott, are also set to be hit with redundancies.

Despite the cuts in the scouting department, the Gunners revealed in their statement on Wednesday that improving the playing squad is a ‘key priority’.

Arsenal are understood to have offered Chelsea winger William a three-year contract, while they have also been linked with Atletico Madrid midfielder Thomas Partey and Barcelona forward Philippe Coutinho.

The north London side may also be forced to sell some of their first-team stars to raise money for transfer spending, with sources revealing that as many as nine players could be moved on.