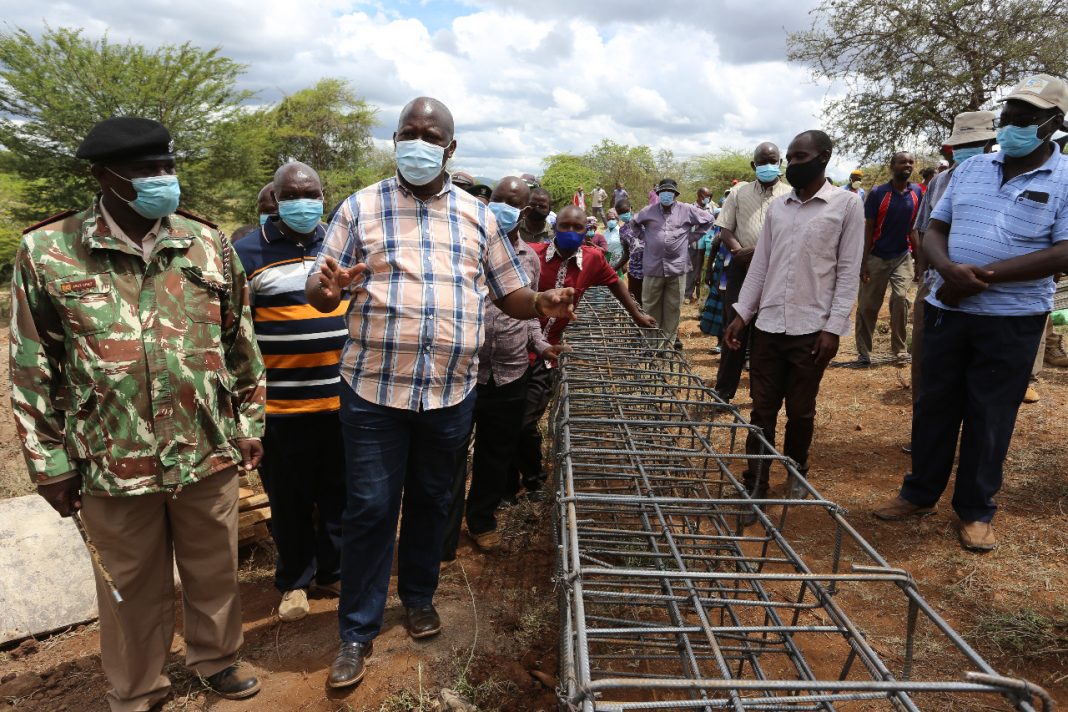 Dominic Ilae an assistant chief in Nzalae Sub-Location, Nguutani Location in Nguuutani Ward Mwingi West Sub-county confessed in a public participation meeting in Kivuli river, that he would not access his office for days whenever it rained.

The public participation meeting convened by the County Executive Committee Member in the Ministry of Environment, Tourism and Natural Resources Hon. Patrick Koki Musau, was to inspect progress of Muthioni drift in Kivuli river and ensure residents satisfaction with the quality of work in progress.

Swollen Kivuli river would not allow residents of Nguutani ward to access neighboring Migwani Ward for days according Mr. Ilae.

“My assistant will no longer use rains as excuse that hindered him in attending his duties, courtesy of the County Government of Kitui and we appreciate Governor Ngilu’s selfless effort that is changing our livelihoods” said Mr. Joseph Musee, Senior chief Nguutani ward.

The across ward project is a Community Local Infrastructure Development Project-CLIDP, that includes grading of a road from Muthioni through Kalongolia, Kwa Kivava to Nzalae, a 60 meters’ drift with a marram of one and half kilometers. According to Mr. Mutaki Kamulu who is the assistant roads engineer in Mwingi West Sub County the project will be complete in 3 months at a cost of 7.8 million.

“This is tangible development and I call upon the people of Kitui to support Governor Ngilu” said Mr. Benjamin Mutembei a resident of Nzalae village.

On his part Mr. Patrick Musau whom residents proudly addressed as Kuvasila retaliated Governments committed in service delivery which included a textile center in Mwingi, Mwingi municipality and its implication, as well as an empowerment fund for women in the coming financial year.

“Governor Ngilu dealt with former Governor Malombe’s election petition in her first year, dragged by MCAs in the second year, and dealt with her impeached in the third year. I’m glad now that our Governor and the assembly are working together hence the results we are all witnessing today” Said Mr. Koki.

The CECM promised residents more such development and urged residents to support Ngilu especially in 2022.