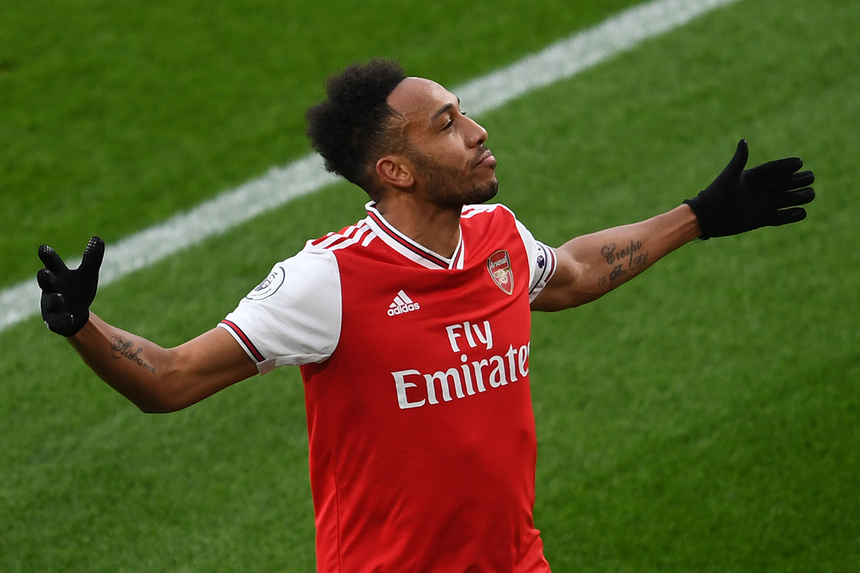 Pierre-Emerick Aubameyang teased a big announcement on Twitter on Tuesday

Captain Aubameyang officially ended any doubts about his future by committing to the club until 2023 with a contract that will see his initial wage rise to £250,000-per-week.

Further bonuses and loyalty payments are set to take his earnings past £300,000-a-week and potentially beyond the £350,000-per-week that top earner Mesut Ozil makes.

Aubemayang, 31, said: ‘I signed the thing because I want to become an Arsenal legend, maybe leave a legacy.

‘It’s time to work a lot to become a legend but for sure I will give my best as always. This is my home. I am really happy to stay here. I will always give you my best. Signing for this special club was never in doubt.’

Aubameyang joined Arsenal in January 2018 and has raced to 72 goals and 15 assists in just 111 games.

As the initial three-and-a-half-year contract ticked down fears grew about Arsenal’s prospects of keeping their talisman.

However, manager Mikel Arteta, appointed last December, played a pivotal role in persuading Aubameyang to stay and that the club would surround him with sufficient quality to challenge for trophies and to get back in the Champions League, having not been in the competition since his arrival.

Arteta said: ‘He’s an important leader for the team and a big part of what we’re building. He wants to be up there with the best players in the world and leave his mark. He can achieve that here.’

Meanwhile, goalkeeper Emi Martinez is awaiting completion of the final bits of paperwork before his move to Aston Villa from Arsenal is rubberstamped.

The Gunners want a deal worth over £15m for Balogun despite the 19 year-old, who has yet to play a senior game, being in the final year of his contract.