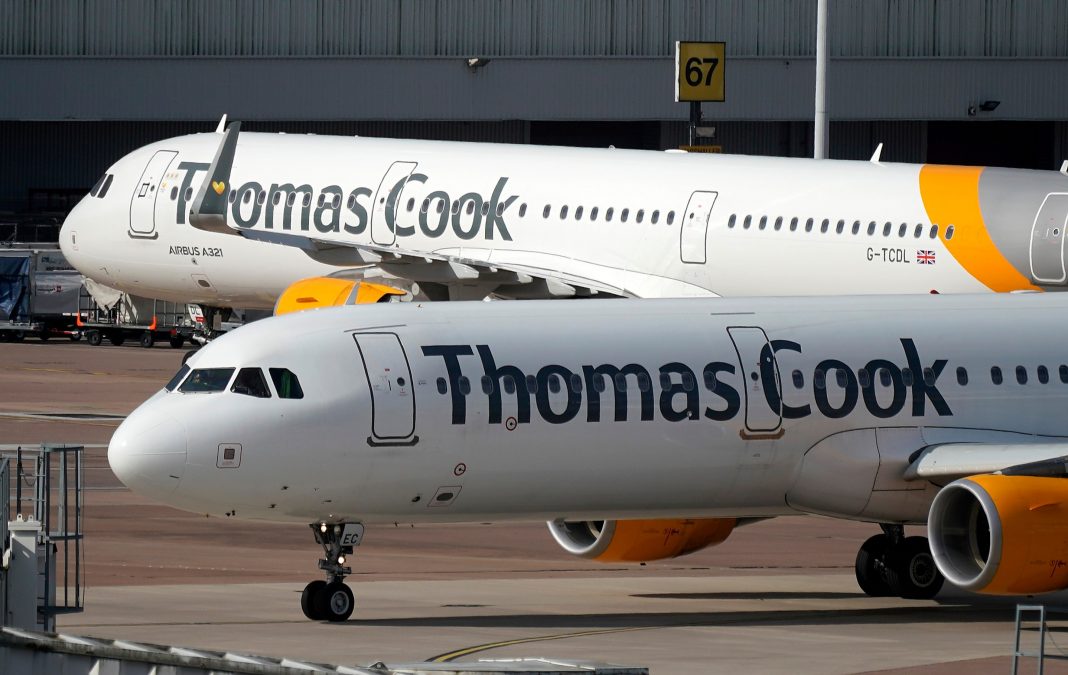 Former flight attendant Grace Fletcher says she and some former colleagues would do anything to get back into aviation.
She loves her current job, helping vulnerable children in the prison service, but would also do anything to “reverse the clock,” she says, to the 27 years she spent working at Thomas Cook.

“It was very sad when everything went down. We were like a family, our Birmingham crew, and I found it really difficult in the last year without them,” says Grace.

Thomas Cook relaunched today as a travel website almost exactly a year after the company’s spectacular collapse.
The last hours of working for the company were tough. Cabin crew on the last flights were searched and escorted out “like criminals,” she says.

“It all had been so terrific, until that moment,” says Grace. “I found I had no job after 27 years by switching on my phone and seeing headlines.”

She and her former flight crew colleagues have watched the relaunch of Thomas Cook with great interest and were sad to learn there would be no planes and no flight staff.