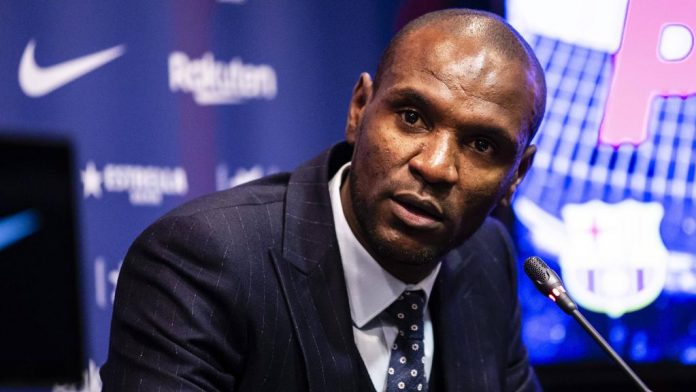 FC Barcelona on Tuesday confirmed that sporting director Eric Abidal has left the club less than 24 hours after Quique Setien was sacked as team coach.

The club gave the news in a communique which reads “FC Barcelona and Eric Abidal have reached an agreement for the recession of the contract that united both parties. The club wishes to publically express its thanks to Eric Abidal for his professionalism, commitment, dedication and close and positive treatment he has always shown.”

Abidal is the fourth sporting director to leave the club since 2015 and he goes before Barcelona have confirmed who will be Setien’s replacement, although everything points to Dutch national team coach Ronald Koeman being named in the coming hours.

The Frenchman’s departure could be seen as a victory for Leo Messi, who had a very public falling out with Abidal in January after Ernesto Valverde was sacked as first team coach.

Abidal commented that some of the Barca players had been responsible for the decision to sack Valverde, only for Messi to respond angrily on social media.

“Finally, I think that when players are talked about, names should be given because, if not, we are all being dirtied and it feeds comments that are made and are not true,” commented Messi.