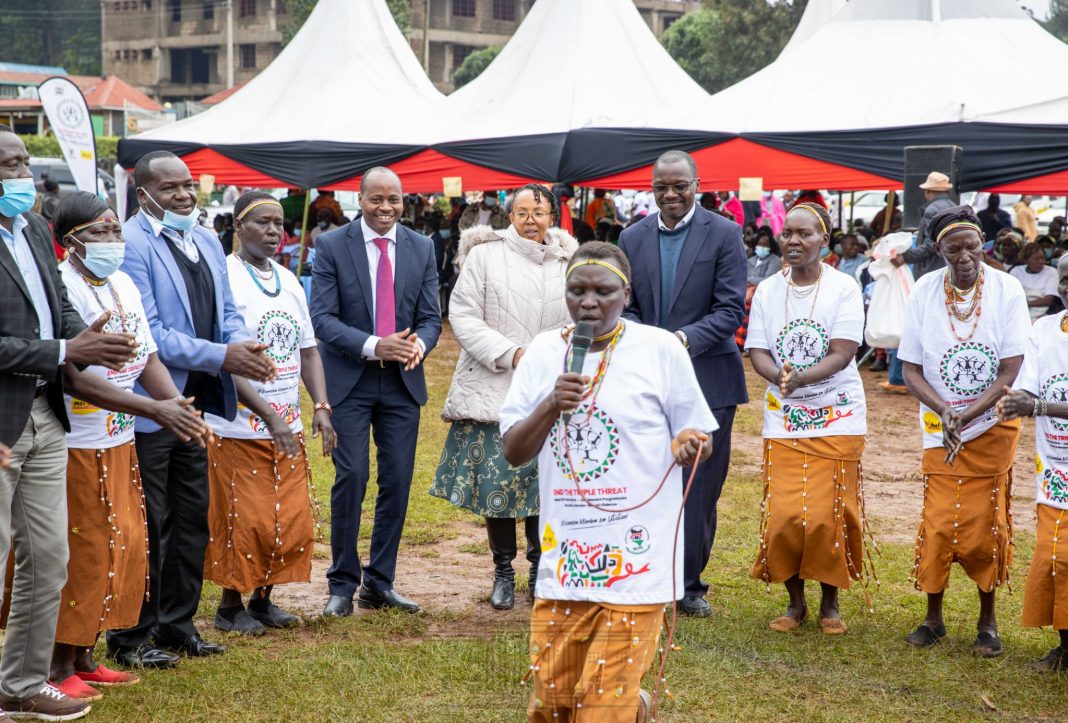 Kenyans have been urged to speak candidly about the rising cases of HIV/AIDS infections, teenage pregnancies and Gender Based Violence (GBV) incidents if the country has to defeat the challenges that largely affect the youth.

Speaking on Friday at Kabarnet Boys High School in Baringo County during a sensitization meeting, Beyond Zero Coordinator Angella Langat said communities must complement Government efforts to defeat the challenges.

“We are called upon therefore to decisively take bold moves to openly and honestly discuss as well as collectively combat the triple threats with a view to end them and their resultant negative impacts on our society.

“If we are to succeed in this path, we must involve our youth, community leaders, the two levels of government. We must make this everybody’s business. We must implement preventive strategies,” Ms Langat said.

She called on the public to embrace preventive measures such as correct and consistent condom use to prevent HIV transmission noting that the country spends over Shs 25 billion annually to manage the disease.

On teenage pregnancies and early marriages, Ms Langat observed that Baringo County has some of the highest cases in the country, and called on stakeholders to work together in finding a lasting solution.

Ms Langat encouraged citizens to report cases of sexual and gender based violence to the authorities adding that the Government was keen on using a multi-sectorial approach to end the vice.

“Sexual and gender-based violence by people well known to our children fuels pregnancies and HIV. The situation is made worse when the victims are denied justice because people who otherwise should take action opt for kangaroo courts to subvert justice,” Ms Langat said.

She noted that in Baringo County, 30 out of 181 cases of sexual and gender-based violence recorded were among adolescents aged between 10 and 17 years adding that such cases had increased 15 times from 2 in incidents in 2018 to 30 last year.

Ms Langat called on parents to revert to traditional ways of counselling and guiding their children on matters related to teenage sex and its resultant effects on their future.

Baringo CEC for Health Dr Richard Rotich said the county government had included allowances for Community Health Volunteers (CHVs) in this year’s budget in addition to establishing a law recognizing the health workers.