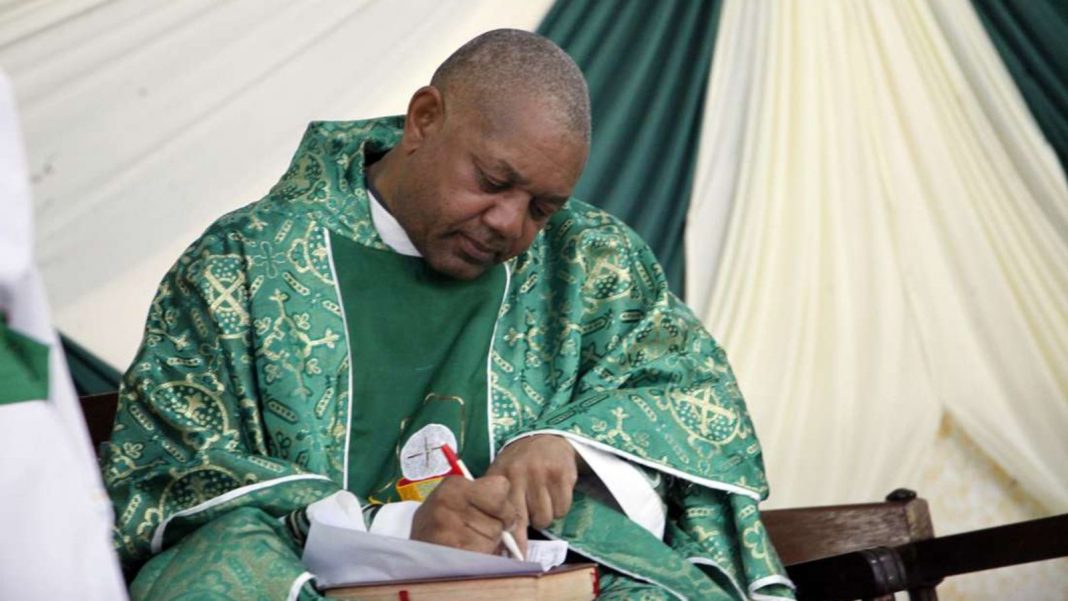 Religious leaders in Kilifi County now wants the national government to classify them as essential service providers to enable them deliver their duties effectively during this Covid-19 pandemic times. – By Ramadhan Kambi.

In their passionate appeal to the government, the leaders led by Malindi Catholic bishop Willybard Lagho the clerics said it was sad that they were left out of the list of essentials service providers yet they play a key role in society.

Addressing the media after hosting Senior Christian Clerics for the first Interdenominational breakfast meeting at his residence in Malindi Lagho called on the government and the Ministry of Health to include the church and religion as an essential service.

The bishop wondered why on the issues of Covid-19 many departments such as security, doctors, and even transport have been listed as essential services but a religion which is the backbone of human beings was left out.

“The government has to think about this issue seriously because had religious leaders left the government to deal with the pandemic alone it could have been difficult, that’s why the government called leaders of Interfaith and gave us the responsibility of sensitization because we have a readymade audience” he said.

The Bishop said failing to list religion and its leaders in the essential services the government is missing a very big player in the efforts to flatten the covid-19 curve.

Bishop Lagho said there was a need for the government to begin an aggressive sensitization against the Covid-19 pandemic particularly in the grassroots.

He said a majority of those living in the rural areas do not follow the Covid-19 protocols which contribute to the increase in the spread of the virus.

“Sensitization is very low and the level of illiteracy also contribute because when you go to town many people are able to follow news on television, radio or read newspapers and even international news which makes them well versed with what is happening but as soon as you leave town very few do-follow up such issues,” he said.

Bishop Amos Lewa who is the Secretary of the Coast Interfaith Council of Clerics said the government should list them as essentials because they work for 24 hours daily.

“There are currently many challenges caused by the Covid 19 pandemic including family conflicts and depression due to loss of jobs and harsh economic times and the church plays an important role in tending to solutions,” he said.

Bishop Lewa narrated on how the other day had to travel during curfew hours to resolve a family conflict that was 40 kilometers away.

“I came back home at 11 pm I had gone to resolve a serious family conflict between a father and a mother who wanted to kill each other and I was called urgently, we had long talk until they cooled down,” he said.

The Bishop said he was lucky to have the essential service but it could have been difficult to respond to such an emergency which could have had serious repercussions among those involved.

He said families have many challenges now following the effects of the pandemic that has led to massive job losses leading to depression and stress.