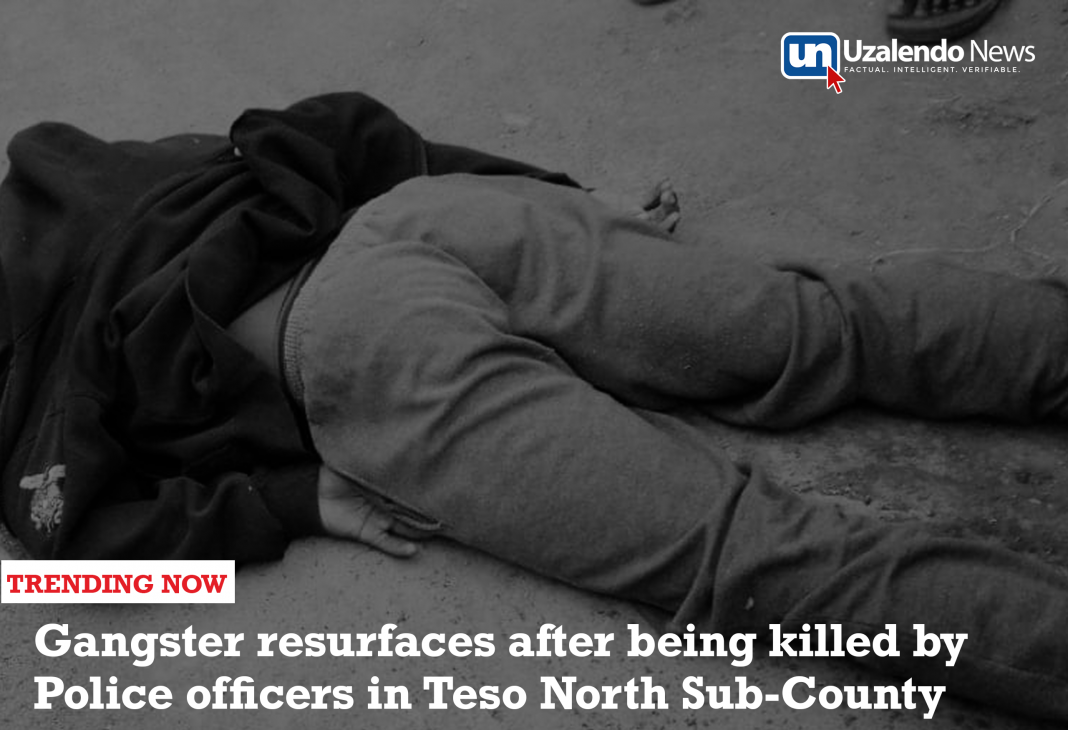 Tensions are high in Apokor village, Teso North sub-county, Busia County, following the sighting of a guy who was purportedly shot dead by police in April. – By Caleb Mwikya.

In a tv interview, Busia County Deputy Assembly Speaker Lawrence Okaale revealed that the man stormed Angurai market on April 29 while on a mission, and that police officers replied by shooting one of the thugs.

The man who was supposedly shot, whose body was carried to a mortuary and later buried, was purportedly observed alive yesterday, June 5, 2021.

Villagers are pointing an accusing finger to the police officer for purportedly murdering the wrong person.

However, a family member who spoke on condition of anonymnty, Danieli, as was his name, should not be seen as a ghost because the murder was allegedly mistaken.

“Nobody should neither see him as a ghost nor a demon from the deep chambers of hell from now henceforth. I also register my appeal to the public and anybody who received the photos of the man lying dead in the pool of blood at the center of Angurai market to ignore the point stating that Danieli is no more.”