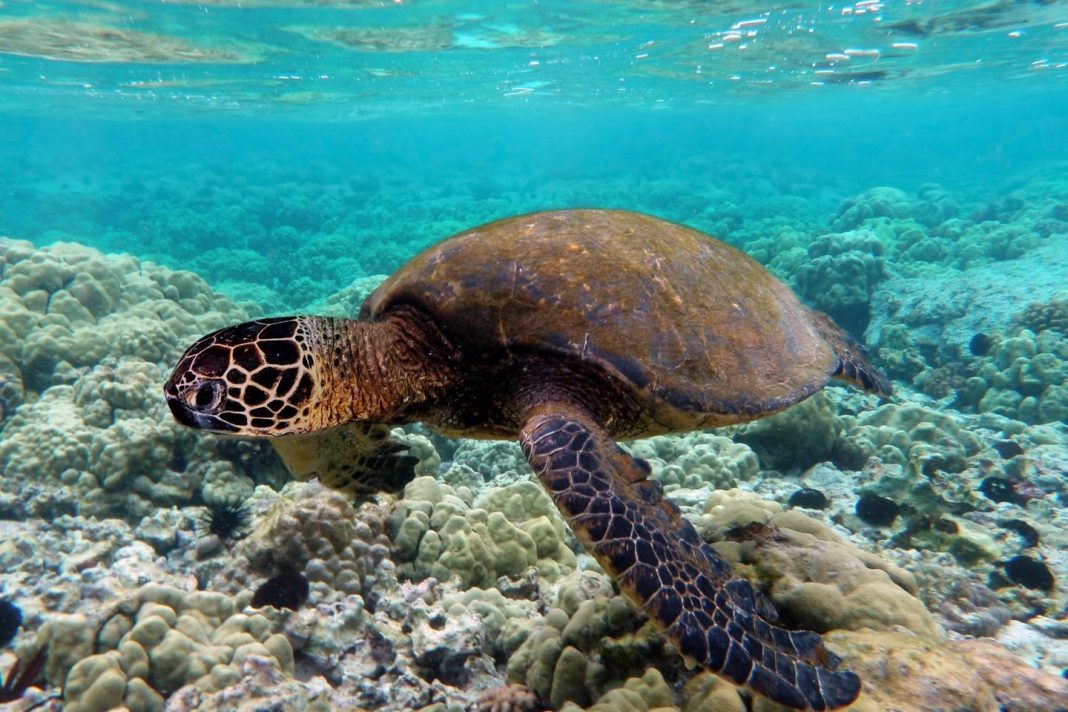 Constant beach cleanup and tightened security along the shores of Malindi Marine Park is what has been attributed to the increase in turtle hatching for the past five years according to marine officials. — By Ramadhan Kambi.

During the world Ocean Day celebrations officials together with conservation organizations revealed there were hundreds of turtles at the marine protected area.

Immediately after the ceremony, groups were divided into four teams with one doing beach clean-up, while the other watching turtle hatching sites.

Two other groups went to the Ocean one with divers who went in the deep-sea areas of the marine protected areas for underwater clean up and the final one did snawkling in the shallow areas to make sure there were no plastic wastes.

Sgt Abdi Bocha who led the team of divers went underwater for over one hour and when they emerged revealed the area was very clean as they normally do clean ups monthly.

He said they managed to see hundreds of turtles under water swimming and enjoying life within the marine protected area.

Sgt Bocha said the turtles were many and like hatching along the marine park because of safety measures put in place by the Kenya Wildlife officials.

“We are very happy to report that the Ocean within the protected area is very clean, there are no plastics or fishing lines,” he said.

According to Lydia Ilan from Kenya Wildlife Services (KWS), Malindi was the first marine protected area in Africa and third in the world, a reason why it is very important.

She said turtles have been hatching for a long time because there is right vegetation for them, to hatch and good weather.

Out of the nests that hatched she said they have had hatching success rate that is above 80 percent for all the natural nests while.

However, she said the translocated nests has a slow hatching success rate due to the process of translocation and different sand characteristics and the original nests.

Ms Grace Mataru from the Kenya Wildlife conservation association said they were happy to be part of the world ocean day celebrations in Malindi which was aimed at encouraging people to conserve marine and ocean.

“Ocean and marine life are facing a global threat due to plastic waste pollution that affects the lives of fish and turtles. It’s important for us to ensure we protect these livelihoods in the Ocean,” she said.

The Chairperson of Progessive Welfare Association of Malindi Kate Mwikali has been in the forefront in organizing clean ups in the beaches and Malindi town every second week of the month since 2019.

“I am happy that we have found many turtles in the marine park during the underwater clean up,” Ms Mwikali said.