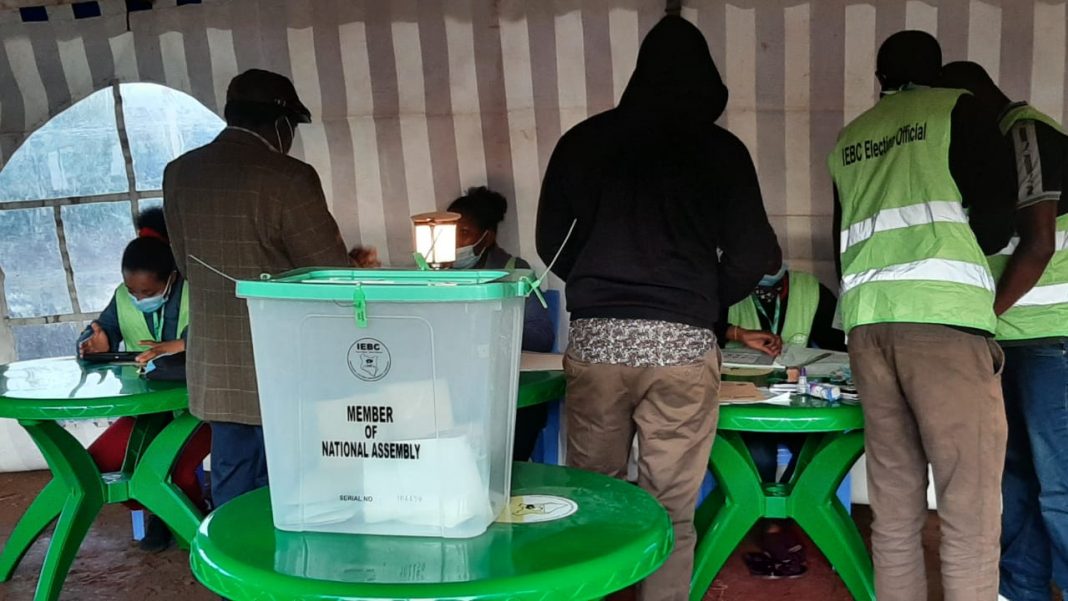 The Bonchari by Election has begun with officials at the Suneka Baraza Hall, which serves as the Independent Electoral Boundaries Commission’s (IEBC) tallying center registering low turnout.

The presiding officer, Benson Syombua Ombuku, said the vote will progress well and urged locals to turn out in large numbers.

Bonchari constituency has a total of 52,995 registered voters who are expected to turn up to cast their vote to pick their Member of Parliament.

The seat was left vacant in November last year, following the death of MP Oroo Oyioka.

Oyioka’s widow, Teresa Bitutu is among the 13 candidates eyeing the seat.

The by-election is anticipated to be a three-horse race between Jubilee’s Zebedeo Opore, ODM’s Pavel Oimeke and UDA’s Teresia Bitutu.