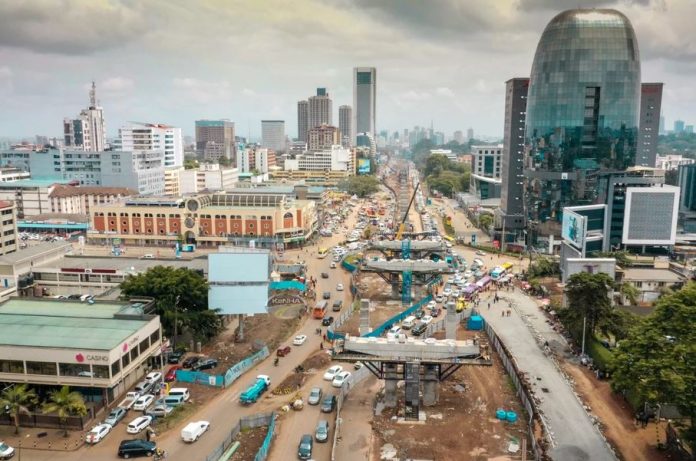 As works on the Nairobi Expressway gear up to near 50 percent completion, Westlands business district is dawning to the new reality of the expressway that will allievate traffic jams in the area.

The impact is being already felt in the local supply chain market where materials such as cement, reinforcement steel, timber, sand and fuel are all being sourced locally.

The Nairobi Expressway will awaken the economic potential of Nairobi which is also considered the heart of one of the fastest growing economies in Sub Saharan Africa.

Here are the Stunning photos of the Road Project

The 21 kilometer Mlolongo to James Gichuru project is being undertaken by China Road and Bridge Corporation (CRBC) and supervised by the Kenya National Highways Authorit (KeNHA).

According to KeNHA Director-General, Engineer Peter Mundinia, the public-private partnership (PPP) model has proven to be a success in Kenya, with the Expressway being a perfect example.

The road project was launched by President Uhuru Kenyatta in October 2019.