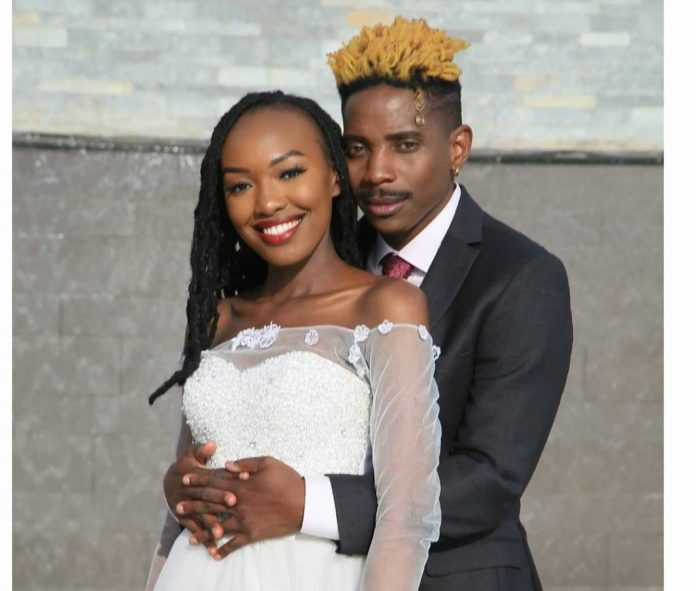 When carol and Becky joined the wife material show they had an aim of promoting their new album, and they needed something to help them get to the top. – By Stephanie Mwangi

The group received a backlash online when Eric came out clean about the show being all scripted and choreographed.

The group was at a radio show with Massawe Japani where they opened up and said that the show helped them grow their career.

“I like Eric but I do not, we went to promote our album that is set to be released next month people didn’t know about us musicians and also we gave people something to smile about during our boring session

When asked if she felt anything for him she said.

“I  am human I felt something and feeling just don’t disappear .but I have to say I am not in love with Eric but I do like him and that hiss was not part of the script ,the vibe was right and we  just went with it.

She also talks about body shamming  “ it had to be real then and everything I did in the show is what I was feeling at the time .the only time we got backlash was about kissing .most of those who body –shamed us were girls